Surprisingly India is among the 27 countries who voted to reclassify Cannabis as a non-dangerous drug.

India did not deliver an explanation of its vote, but as per sources, the Indian position was that the medical uses of cannabis was “promising”. The recreational use of cannabis will continue to be strictly banned in India.

This stand of India raises eyebrows as the arrests of actor Rhea Chakraborty and comedian Bharti Singh, and the questioning of many other celebrities for possessing or consuming cannabis — as little as 100 grams in some cases — are still fresh in memory.

Interestingly Cannabis was legal in India until 1985, the year when Rajiv Gandhi’s government banned it under America’s pressure. 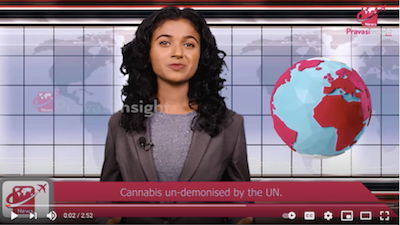