ICBC reports on this huge drop

Historically, one of the most active parts of the world for illegal cannabis activity was along the border shared between the United States and Mexico. For many years cannabis cultivated in Mexico, and farther south in the hemisphere, was smuggled into the United States where it was then transported throughout the country.

In recent years, however, demand in the United States for cannabis cultivated in Mexico has decreased significantly due in large part to the rise of the legal state-level cannabis industry in the U.S. Starting in 1996 with the legalization of medical cannabis in California, a number of states have passed medical cannabis reform measures in the U.S. that resulted in the spread of legal sales.

The spread of legal cannabis commerce in the United States accelerated in 2012 with the passage of adult-use legalization measures in Colorado and Washington State, leading to a situation today in which nearly half of the United States now lives where cannabis is legal, with many states currently allowing home cultivation to some degree in addition to permitting sales.

With all of that in mind, it likely doesn’t surprise anyone that cannabis seizures at California/Mexico ports of entry are down in recent years. Although, it may surprise people just how much of a reduction has occurred. Below is more information about it via a media release from United States Customs and Border Protection. As you will see, cannabis seizures are down 98%: 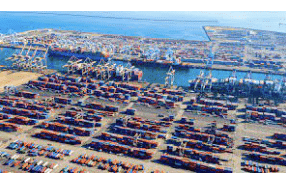