Senate to Hold Hearing on ‘Challenges for Cannabis and Banking;’ Cannabis Trade Federation Chairman to Testify

Excerpts of John Lord’s testimony are available below for immediate release; his full written testimony — which is embargoed until Tuesday at 10:30 a.m. ET — is available now at http://bit.ly/LordTestimony

WASHINGTON — The Senate Committee on Banking, Housing, and Urban Affairs will hold a hearing Tuesday at 10 a.m. on “Challenges for Cannabis and Banking: Outside Perspectives.” A variety of stakeholders have been invited to testify, including sponsors of the SAFE Banking Act, bank and credit union officials, and LivWell Enlightened Health CEO John Lord.
Mr. Lord currently serves as chairman of the board for the Cannabis Trade Federation (CTF). His testimony will focus on his experience as the operator of a vertically-integrated cannabis company in Colorado, which has grown from a single store and cultivation facility in 2010 to multiple locations that employ more than 600 people and generate more than $100 million in annual revenue.The SAFE Banking Act would prevent banking regulators from penalizing banks and bank employees for providing financial services to state-legal cannabis businesses. The Senate version (S. 1200) was introduced by Sen. Jeff Merkley (D-OR) in April and has 31 co-sponsors. The House version (H.R. 1595), introduced by Rep. Ed Perlmutter (D-CO) and co-sponsored by 206 members, was approved by the Financial Services Committee in late March and has been cleared for consideration on the House floor. Mr. Lord’s written testimony — which is embargoed until Tuesday at 10:30 a.m. ET — is available now at http://bit.ly/LordTestimony. The following excerpts have been approved for immediate release:“Due to the dichotomy between state and federal laws, banks and credit unions have been reluctant to serve cannabis businesses or have refused to do so altogether. In some cases, banks that were willing to work with cannabis companies were discouraged or prevented from doing so by their regulators. As a result, we have frequently struggled to obtain and maintain bank accounts with egregiously high fees. …“Over our 10 years of operations, we have had accounts closed at over a dozen financial institutions. As you can imagine, this is incredibly disruptive. Imagine running a manufacturing, wholesale, and retail operation with hundreds of employees and having to make all payments, including payroll, in cash. It is difficult and, frankly, it is dangerous. This is something hundreds, if not thousands, of state-legal cannabis companies have had to struggle with. …“The current situation is especially challenging for small businesses. While we, due to our size, are able to absorb the additional costs associated with cash management and exorbitant bank fees, many small businesses are not. Furthermore, resolving the banking issue could significantly aid cannabis businesses in securing business loans. This is critical to small business owners who may not have access to other sources of capital.”

• John Lord, CEO of LivWell Enlightened Health and Chair of the Cannabis Trade Federation Board of Directors 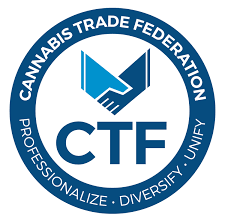