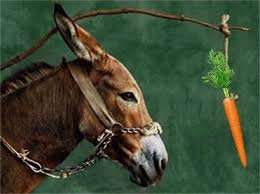 We quoted Lori Ajax in a recent article.  We will repeat the quote,

“I just want to crush the illegal market,” Ajax said to applause at Meadowlands.  “I don’t usually say that out loud …We didn’t go through this the last few years to have (the legal) market be undermined.”

California’s cannabis regulatory agencies have forgotten the story everyone was told many times as a child about the need for both a stick and a carrot to make a donkey work.

President Reagan had a big stick – the United States Marines.  It was not big enough to crush California’s underground cannabis industry.

Lori Ajax has a big stick.

The Anza Valley eradication involved 700 law-enforcement and other personnel.  This eradication cost millions of dollars.  No doubt the raid made a little dent in California’s underground cannabis industry.  A “Whack a mole!” approach to crushing the illegal market will have minimal impact in the long term.  Enforcement alone will not be sufficient.

Can anything be done? If the agencies in California that regulate cannabis seriously concentrated on solutions, the state of the industry would substantially improve.

Lori Ajax, the Chief of the Bureau of Cannabis Control (“BCC”), has the power to cause such change.   Business and Professions Code (“B&P”) §26010.5 (d) expressly tasks BCC with the “power, duty, purpose, responsibility, and jurisdiction to regulate” California’s commercial cannabis industry.  BCC is the lead agency of the cannabis regulatory agencies.  BCC is at the top of the pyramid.  But BCC has failed to exercise its power and responsibility to regulate thoughtfully and judiciously.

California’s underground market is not booming for the lack of a big stick.  The Anza Valley eradication demonstrates the regulatory agencies have plenty of big sticks.  There is also a giant carrot.  The carrot is obvious.  Money is flowing into California’s cannabis industry from all over the world.  Why is cash flowing into California’s cannabis industry?  People with money believe there is money to be made.  The big stick is there.  The big carrot is there.  Why isn’t regulation working California?

Regulation is not working in California because BCC misunderstood its task.  CalCannabis is the clearest illustration of a misconception of an agency’s responsibility, although BCC’s failure concerning the licensing of dispensaries is comparable to CalCannabis’ failure in connection with the licensing of cultivation.  We identified CalCannabis as the regulatory agency that bears the most significant responsibility for the booming underground market based on the number of businesses injured.  CalCannabis has caused damage to more cannabis businesses than any other agency by an order of magnitude.

CalCannabis had a simple regulatory task.  As is noted above, CalCannabis is a Division of CDFA.  CDFA is one of California’s most significant administrative agencies.  CDFA has decades of experience regulating agriculture in California.  How did CalCannabis go wrong?  Why did CalCannabis fail so abysmally?  The answer is quite simple.  Neither CDFA nor BCC provided proper guidance to CalCannabis.  Neither required CalCannabis to focus on the assigned task of licensing.  BCC is responsible for this failure.  BCC failed to provide the leadership and guidance required to prevent CalCannabis from failing.

The number of cannabis growers that CalCannabis was expected to license in a limited period made its task a severe challenge.  California had thousands of cannabis growers before the passage of Proposition 64 and the enactment of the Medical and Adult Use Cannabis Regulation and Safety Act (“MAUCRSA”).   Two aspects of the licensing of growers, however, gave CalCannabis the foundation it needed for success.  First and foremost, those growers who want to be legal are the growers that CalCannabis is responsible for licensing.  Second, the regulatory aspects of cultivation primarily involve land use and public health and safety, which are primarily local concerns.

Unfortunately, CalCannabis appears to have done little right.  The evolution of regulation in California created a two-tier system for regulation.  Licensing is merely a part of the regulation process.  CalCannabis failed to focus on the limited task it was assigned.  The challenge that CalCannabis faces in its licensing of cultivation makes it imperative that the agency make it as easy as possible for cultivators to become licensed.  CalCannabis instead made the licensing of growers difficult, cumbersome and costly.

The challenge facing CalCannabis mandated that it defer regulatory decisions to local jurisdictions to the maximum extent possible.  CalCannabis had an opportunity to minimize the burden of a two-tier system by focusing on education regarding state-wide requirements for compliance and wholly deferring to local decisions to the maximum extent possible.

After delaying legislative action for almost 20 years, the Legislature acted to regulate California’s medical cannabis industry shortly before the passage of Proposition 64.  Following the passage of Proposition 64, the Legislature enacted the Medical and Adult Use Cannabis Regulation and Safety Act (“MAUCRSA”) to create an integrated regulatory structure for both medical and adult-use cannabis. 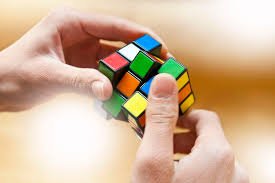 Harborside & Nor Cal Opinions. Dispensaries, Don’t Despair. There Are Solutions 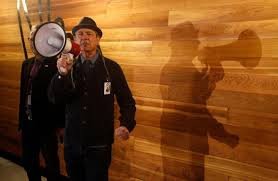