Catalonia’s Superior Court is overturning a 2016 regulation approved by the Barcelona City Council permitting cannabis clubs to operate in the city.

From the start, there’s been a loophole in the legislation regulating where people in Barcelona can freely buy and smoke marijuana, better known as “clubes cannábicos” or “asociaciones cannábicas.”

Now that loophole is being closed via a decision by Catalonia’s Superior Court overturning a 2016 regulation approved by the Barcelona City Council permitting the clubs to operate in the city.

The decision could force the associations to close.

The pioneering cannabis social club model, consolidated over the past decade mainly in Catalonia — where 70% of Spain’s total operate in Barcelona among 200 to 350 clubs — has helped brand the city as one of Europe’s cannabis capitals.

The media regularly warns of “the boom of the Cannabis Clubs” in the Catalonian city.

Unlike the coffee shops in Amsterdam — stores where people can freely buy cannabis and derivatives — the marijuana clubs in Barcelona are ‘private associations’ where anybody who wants to enter must first fill a membership registration and pay a fee.

You don’t need to be a Spanish citizen to join a cannabis club in Barcelona, according to Cannabis Barcelona. “Currently, there is no law that forbids foreigners from registering;  you only need to confirm you are welcomed to visit the club. According to the interpretation of the law, cannabis clubs should consist of a ‘closed group of members.’”

But it’s precisely the loose “interpretation of the law” that, after years of a legal tug-of-war, has brought the associations to face their demise, at least under current conditions.

“With this decision, the last legal umbrella left to these spaces disappears,” Spains’s El Diario explains.

It is, in fact, “the latest in a series of setbacks for the asociaciónes,`” as The Guardian explains. “In 2017, the court overruled a law passed by the Catalan parliament which said ‘private consumption of cannabis by adults … is part of the exercise of the fundamental right to free personal development and freedom of conscience.’” 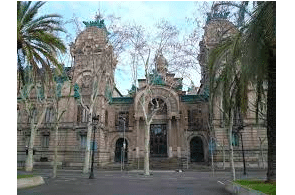