We have noted on a number of occasions a properly organized Cannabis Cooperative Association (“CCA”) is the most financially efficient structure for engaging in business in California’s cannabis industry.  Utilization of a CCA to engage in business in California’s cannabis industry creates a financial advantage over any conventional business structure.  The advantages of utilizing a CCA occur at every stage in the movement of cannabis from cultivator to consumer.  [See

The first spreadsheet illustrates the division of a total of $10,000 paid by consumers for cannabis flower, including Sales Tax of 8.75% and a Local Cannabis Tax of 10.0%, among taxes other than income taxes, and a cultivator, distributor, and dispensary, through conventional business structures.  The first spreadsheet illustrates the division of the retail sale of 125 packages of flower at $40 per 8-gram package, including all taxes other than the income taxes.

In the first spreadsheet, we have converted all of the slices of the $10,000 pie into taxes other than income taxes, and the costs, profits and income taxes of the three businesses, into dollar amounts for ease of understanding.  A mark-up by the dispensary of 60.0% of the wholesale cost from the distributor is reflected in the first spreadsheet.  We have assumed the cultivator and distributor each have a profit before taxes that is one-half of the profit before taxes of the dispensary.  The before-tax profit of the cultivator and the distributor in the first spreadsheet is reasonably close to a 30% profit margin.  We have also assumed a 40% income tax rate is applicable to the profits of the three businesses.

In the second spreadsheet, we have assumed the cannabis flower moves from cultivator to consumer through a fully integrated CCA.  We have also assumed the profit to the cultivator as the owner of the CCA is doubled and that the reductions in costs and profits of conducting business through a fully integrated CCA at the distributor and dispensary level are passed on to the consumers.  We have also assumed in the second spreadsheet that the costs at the distributor and dispensary levels remain the same with an additional assumption that any income tax liability to the dispensary is included in dispensary’s costs of $1,226.

In the preceding spreadsheet a total of $7.916 paid by the consumers for the cannabis flower, including Sales Tax and Local Cannabis Tax, for the same 125 8-gram packages of flower.  The total amount paid by the consumers is allocated as follows: (1) governmental agencies for taxes other than income tax, 31.2%; (2) dispensary revenue, 15.5%; (3) distributor revenue, 16.1%; and (4) cultivator revenue, 37.2%.

In the second spreadsheet, the costs for the cultivator, distributor, and dispensary are the same as in the first spreadsheet.  The tax rates also remain the same.  The shifting of the amounts to which the tax rates are applied produces dramatic savings for the consumers.  The utilization of a CCA in the second spreadsheet shifts the distributor’s profit in the conventional structure to the cultivator and passes on the profit of the dispensary to the consumers in the form of a reduced price.

The preceding spreadsheets illustrate that the total cost of the flower to the consumers, including taxes, can be reduced by over 20%, and the profit to the cultivator can be doubled, through the use of a CCA.

The preceding analysis is based on the sale of adult-use cannabis.  The use of a fully integrated CCA to move cannabis from cultivator to patient as medical cannabis produces an even more dramatic price reduction for the patient without decreasing the profit for the cultivator.  As soon as we can get to it, we will publish a similar analysis illustrating the movement of medical cannabis through a fully integrated CCA.

CCAs are unique to California.  The Legislature specifically created CCAs for California’s cannabis industry.  The analysis above is based on unique aspects of California’s laws relating to cannabis.  The principles we utilized to apply California law may achieve similar results in other states.  A careful analysis of the relationship between the cannabis taxes and cannabis regulatory laws of a particular State as well as all other applicable laws is required in order to determine what benefits may be achieved through the selection of the optimal operating entity for a particular state. 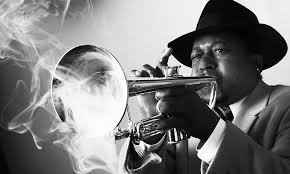