The experience is still affecting her shirt choice though !!

You’ll have to excuse the over dramatisation of the report it is from the world of Rupert Murdoch & UK tabloid press….

BAKE Off judge Prue Leith has opened up about the “horror” of LSD — and how it gave her nightmares for four decades.

The South African-born chef, 80, said she took the mind-bending chemical just once in her twenties.

She told how she suffered horrific hallucinations with her first husband, writer Rayne Kruger, who was 18 years her senior.

Prue said: “It was the Sixties, there was a lot of drugs around. We used to smoke a bit of pot, not all the time and not a lot, but we did.

“And one day, we did take acid, only once, and I must tell you, it was the most appalling experience I’ve ever had.

“I had absolute horrific hallucinations. I couldn’t look at him because he turned into a kind of monster, and my arms, the flesh dripped off them. There was just bones left.

“It just shows what an extraordinary imagination I must have.”

Prue says it also gave her years of night terrors.

In an LBC interview with Scottish Tory leader Ruth Davidson, 41, tonight at 9pm, she says: “I’d have nightmares. And when I woke up, nothing would look like I knew it ought to look.

“It would be wobbly or strange or growing and sinking and shrinking and expanding. And right until my, I suppose, sixties, I would still sometimes wake up in the night and I felt I could see the air, you know? 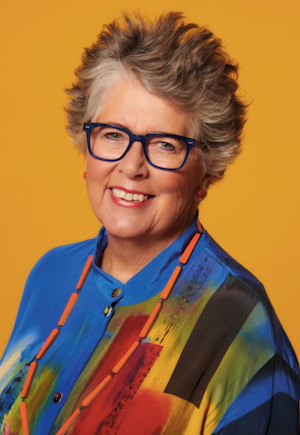