Circle K wants to block hemp trademark that resembles its own

Circle K Stores Inc. wants to block a California hemp and marijuana holding company from using a design mark with “K” inside a circle.

In a filing first reported by Law 360, the convenience-store chain is asking the U.S. Trademark Trial and Appeal Board to oppose a registration application from Medical Marijuana Inc. of Poway, California.

Medical Marijuana Inc. is seeking  a design mark of a “K” inside a circle for marketing consultation and retail services relating to “botanical products and hemp-based products,” as well as an online retail store for similar products.

Circle K says the requested mark “so resembles” its own registrations on its store names that people would likely confuse the two with each other.

Circle K wants to block hemp trademark that resembles its own 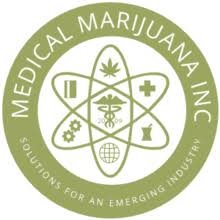