Colombia on Thursday extradited to the U.S. the brother of powerful leftist senator on charges that he conspired with dissident guerrillas to smuggle huge quantities of cocaine.

A handcuffed Álvaro Córdoba was handed to agents from the U.S. Drug Enforcement Administration for a chartered flight to New York.

The case was something of a minefield for President Gustavo Petro, a former leftist rebel who signed off on the extradition of his ally’s brother despite his own increasing criticism of Colombia’s role as the U.S. caretaker in the war on drugs. 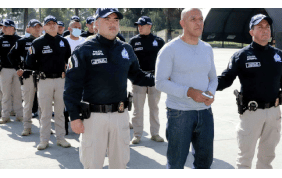