The Notes are senior secured obligations of the Company and will accrue interest payable semi-annually in arrears and mature on June 29, 2025, unless earlier converted, redeemed or repurchased. The conversion rate will be 154 common shares of the Company (“Common Shares”) per $1,000 principal amount of Notes (equivalent to a price of approximately US$6.49 per Common Share), subject to customary adjustments. The conversion price of the Notes represents a premium of approximately 25% over the closing price of the Common Shares on the NEO Exchange on June 17, 2021.

The Company may redeem the Notes at par, in whole or in part, on or after June 29, 2023, if the volume weighted average price of the Common Shares trading on the Canadian Stock Exchange or the NEO Exchange for 15 of the 30 trading days immediately preceding the day on which the Company exercises its redemption right, exceeds 120% of the conversion price of the Notes.

The Notes were offered for sale on a private placement basis in certain provinces of Canada pursuant to applicable exemptions from the prospectus requirements of Canadian securities laws. The Notes may also be sold in the United States to or for the account or benefit of “U.S. persons” (as defined in the United States Securities Act of 1933, as amended) (the “U.S. Securities Act”), on a private placement basis to “qualified institutional buyers” pursuant to an exemption from the registration requirements of the U.S. Securities Act, and in such jurisdictions outside of Canada and the United States as may be agreed upon by Canaccord and the Company, in each case in accordance with applicable laws. The Notes issued are subject to a customary four-month hold period under Canadian securities laws.

The net proceeds from the Offering will be used for working capital and general corporate purposes. 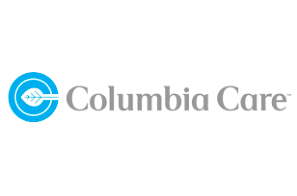