It’s all about the processing and latest studies appear to show that actually it’s the combination of elements that provides great medical solutions. Maybe Estwatini politicians need a quick dose of google training.

The Times of Swaziland reports

LOBAMBA – Where is the study proving that Eswatini dagga is not suitable for medicinal purposes?This was the main question raised by Members of Parliament (MPS) yesterday during a workshop on the Opium and Habit-Forming Drugs (Amendment) Bill, 2019 and the Production for Cannabis for Medicinal and Scientific Use Regulations, 2019.

This was after the Ministry of Health officers had informed the MPs that the local dagga was said to have a high content of THC which would not be suitable for the medicinal purposes which it was required for in the proposed Bill.

However, the MPs were of the view that unless there was a scientific study which would be shown to them then the ministry’s assertions were baseless.

The workshop was held yesterday at Sibane Hotel.

This was particularly because the ministry had revealed that in Eswatini there were about four types of the dagga plant.

Lubombo Region MP Lorraine Nxumalo was the most vocal on the issue, particularly because the representatives from the Ministry of Health and the attorney general’s office seemed to dodge the question every time it came up.

“The people who already grow the dagga sincerely believe that they are sitting on gold, particularly since that is how they make their living,” said Nxumalo.

MP Nxumalo said the ordinary liSwati also wanted to know if it could be used for medicinal and scientific purposes.

“We are actually being misinformed here because no one is coming up with concrete information that indeed the local plant is not good enough for this,” said Nxumalo.

The MPs were, however, informed that so far, the documentation was not available and that it would have to be tested in laboratories.
The MPs were of the view that they were then wasting their time with deliberating the regulations and Bill because they had been of the view that the cannabis to be used was the one which was already in the country.

However, the ministry stated that the right cannabis to be used had to be imported from other countries and the MPs said this did not make sense because one could find that the local plants were good enough given the lack of actual proof.

“How can you say that the one we grow in Eswatini has high levels of THC when nothing concrete is being presented?” asked MP Nxumalo.
She asked why the legislators were even at the workshop if the study was not presented.

She said what they were interested in was the locally grown one and said the ministry could also test if the one already available did not have other good uses such as the production of fuel. 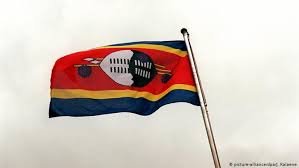