Congress: Rep. Schrader took to the House floor to directly urge the FDA to take action on cannabidiol

Last night the U.S. House of Representatives passed an amendment to an appropriations bill that included a strong message to the FDA: Regulate CBD Now!

Increases and decreases by $5 million, funding for the Center for Food Safety and Applied Nutrition at the FDA, to highlight the need for the Agency to proceed with rulemaking on cannabidiol (or CBD) by no later than 180 days after enactment, out of concern that the FDA has not initiated rulemaking to establish a regulatory pathway for CBD as a dietary supplement and food ingredient.

Rep. Schrader took to the House floor to directly urge the FDA to take action. He also encouraged support for his and Griffith’s bill, HR 841 which would require the FDA to recognize and regulate CBD as a dietary supplement. 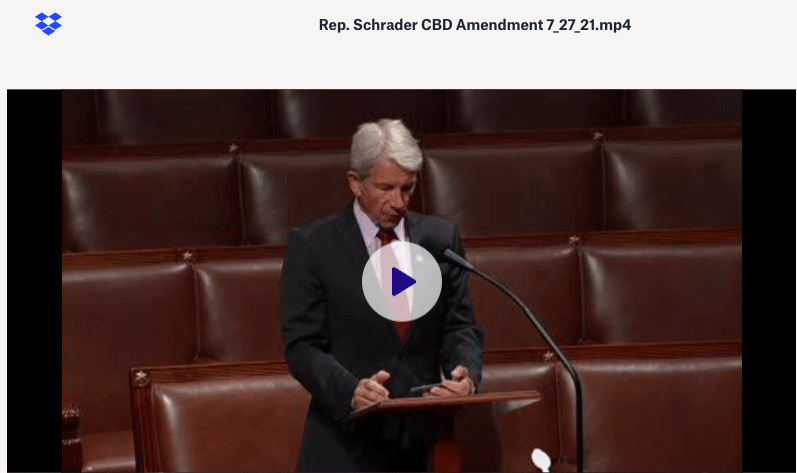 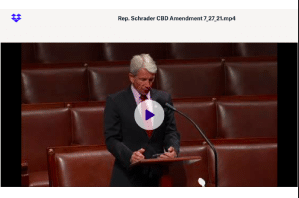