Congress To Vote On Proposal To Protect Existing State Programs

Congress will be voting on a proposal that would protect currently existing cannabis programs across the U.S.

The proposal is led by Representatives Earl Blumenauer, Tom McClintock, Eleanor Holmes Norton and Barbara Lee. Together, they published a joint “Dear Colleague” memo a week ago in regards to their proposed appropriations revision. In the memo, they summarized their hopes to add “language preventing the Department of Justice from using any funds appropriated by Congress to enforce federal laws regarding activities that are legal under state, territorial, or tribal law with regard to marijuana, regardless of whether the marijuana laws are recreational or medicinal.” 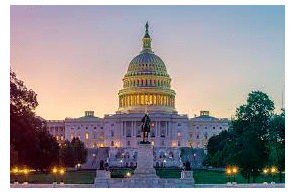