Attorney General Merrick Garland told a California lawmaker on Tuesday that large, illegal, transnational marijuana-growing operations in the California desert “are certainly within our jurisdiction and within our scope of concern.”

Rep. Mike Garcia (R-Calif.) issued a plea for help in dealing with what he called “a massive influx of an illegal marijuana industry” in the deserts north of Los Angeles:

Garcia said the problem is being “understated at local levels, at the state levels, and certainly not appreciated at the federal level.”

“I’ve been able to take a tour with the local law enforcement agencies to see it from the air, and I can tell you firsthand that — if you remember the first time you went flying over a small neighborhood your reaction was probably, wow, I can’t believe there’s this many pools in our neighborhoods. I have the same–I had the same reaction when I toured our Antelope Valley area with regards to these illegal pot operations,” Garcia told Garland. 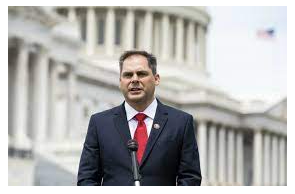