Breaking with local police chiefs who strongly oppose legalizing recreational marijuana, the leader of the Connecticut State Police said Friday that he favors legalization because the state intends to spend more than $2 million over two years to train troopers in enforcement.

Department of Emergency Services and Public Protection Commissioner James Rovella, a longtime police officer and former Hartford police chief, said the additional money will provide training for troopers in “advanced roadside impaired driving enforcement” as more residents are expected to be driving after smoking marijuana if it is legalized. In addition, the money would allow more state troopers to be certified as “drug recognition experts” who could be called to the scene after accidents and could testify in court to obtain convictions.

“This bill’s full support for law enforcement training and testing of impaired driving is one of the important reasons I stand behind it,” Rovella said in testimony to the legislature’s judiciary committee that held a marathon public hearing Friday on Gov. Ned Lamont’s 163-page legalization bill.

Rovella’s position is directly opposed by the Connecticut Police Chiefs Association, which has been lobbying for years against marijuana legalization. 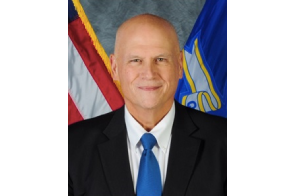