Cannabis Business Executive reports...Justin Costello, who posed as a billionaire and twice-wounded Special Forces Iraq veteran to dupe investors while portraying himself as a legal cannabis mogul, pleaded guilty Wednesday to securities fraud.

Under a plea agreement with Costello, prosecutors will recommend a sentence of 10 years in prison, with Costello echoing that call and being barred from asking for less time than that.

Costello also agreed to pay victims of his frauds — which related to cannabis firms, a would-be bank, and stock pump-and-dumps — not less than $35 million in restitution.

Costello’s guilty plea in federal court in Seattle came three months after an FBI SWAT team apprehended the 42-year-old in a remote area of southern California, carrying a backpack containing gold bars, $70,000 in U.S. and Mexican currency, and a fake ID.

Days earlier, he had failed to surrender as agreed to face a 25-count indictment in the case.

That indictment charged Costello with three counts of securities fraud and 22 counts of wire fraud.

His guilty plea Wednesday was to a single count of securities fraud, but it covered much of the criminal conduct alleged in the indictment.

Prosecutors agreed as part of the plea deal not to file criminal charges against Costello’s wife “for any offenses known” to the U.S. Attorney’s Office for the Western District of Washington in connection with the investigation.[Read More @ CNBC] 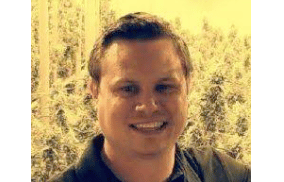