San Diego, CA – March 31, 2021 – Creo, an ingredient company with a proprietary platform for producing natural rare cannabinoids without the cannabis plant, today welcomed Eitan Popper as an investor and strategic adviser. Popper was the Co-founder & President of MedReleaf Corp., one of the largest and most reputable, vertically-integrated medical cannabis producers in the world, that was acquired for $2.5B in 2018, in what was then the largest acquisition in the industry’s history.

Popper, a Stanford M.Sc. in Environmental Fluid Mechanics, has a strong background in entrepreneurship, and international business and project development, across multiple industries. He is also currently Chairman of the Advisory Board of BioHarvest Sciences (BHSC), a fast growing publicly traded biotech company, and acts as an active private investor through River Growth Capital Corporation.

“Eitan’s history and success in the business is unmatched,” said Roy Lipski, Co-founder and CEO, Creo. “We are grateful to have both his guidance and support as Creo begins to unlock the vast potential cannabinoids hold as mainstream ingredients.”

To enable broader access to rare cannabinoids, like cannabigerol (CBG) and cannabigerolic acid (CBGA), Creo has partnered with biotech industry-leader Genomatica to create a patented fermentation technology platform that produces consistent high-quality, rare cannabinoids, sustainably, at scale, and at a higher purity level than traditional methods.

“In addition to enabling sustainable and cost-efficient production of both the major and minor/rare cannabinoids found in the cannabis plant, the emergence of fermentation technology within the cannabinoid industry allows for the production of novel, unique, and/or modified cannabinoid molecules, unlocking a vast universe of promising therapeutic applications,” said Popper.

“Creo’s proprietary technology, accomplished management team, IP portfolio and successful head-start are among the reasons I’ve decided to invest and support the Company. I believe in the immense value and potential of cannabinoids, and in companies like Creo that are at the forefront of this industry,” continued Popper.

In January 2021, Creo announced that it had produced CBG and CBGA through fermentation at 12,500-liter scale, becoming the first fermentation-based cannabinoid company to successfully produce finished CBGA.

Creo is an ingredient company that produces rare and novel cannabinoids using the age-old natural process of fermentation, coupled with cutting-edge technological innovation. Founded in 2016 and based in California, Creo’s mission is to enable the creation of cannabinoid products that help people everywhere while doing less harm to the planet. Creo’s technology partner and major shareholder is industry-leading biotech firm Genomatica. To learn more, visit www.creoingredients.com. 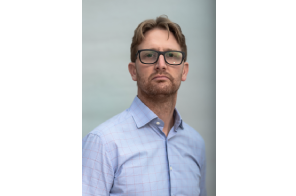