Creso Pharma expects to deliver the $89,000 purchase order of 175,000 sachets of anibidiol 8 to Laboratorios Adler, Uruguay, in the first quarter of next year.

Anibidiol 8 is designed to support the immune system and natural response of cats and dogs. It contains a mix of hemp oil, vitamins and Omega fatty acids.

Creso says it expects to receive more purchase orders to materialise in the coming months.

“The approval of anibidiol as the first CBD hemp complementary feed in Uruguay, with a simultaneous purchase order is a major achievement for Creso Pharma,” says Jorge Wernli, Creso’s commercial director.

“The company’s entry into the Latin American more broadly represents a major strategic development and significant growth opportunity, with potential access to millions of pets across several Latin American countries.

“We look forward to working with our established, in-country representatives to target rapid expansion across the region.

“We anticipate a number of follow-up purchase orders will materialise in the coming months, as we rapidly scale up in Latin America.”

Mernova earlier this month received three purchase orders for a total value of $C275,023 ($288,159), as well as a Notice to Purchase order from the Province of Ontario, regarded as Canada’s biggest recreational market with a quarter of the country’s market share.

The company is also exploring opportunities in the United States after the US House of Representatives passed the MORE Act, which if approved in the Senate would decriminalise marijuana at the federal level. The Mernova facility is just 350km from the US border.

This article was developed in collaboration with Creso Pharma, a Stockhead advertiser at the time of publishing.

This article does not constitute financial product advice. You should consider obtaining independent advice before making any financial decisions. 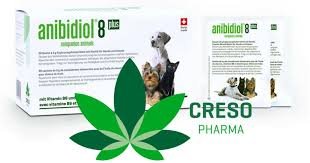