Every resident of California who bothers thinking about the topic recognizes this failure.

Every Californian from Governor Newsom to the small Humboldt County grower who gave up recognizes how badly these agencies have failed.

Proposition 64 spawned the Medical and Adult Use Cannabis Regulation and Safety Act (“MAUCRSA”). [See MAUCRSA] In MAUCRSA the Legislature cobbled together a regulatory structure for commercial cannabis activity based on the ill-conceived mandate of Proposition 64. MAUCRSA created a Bureau of Cannabis Control (“BCC”) within the California Department of Consumer Affairs as the lead agency for the regulation of medical and adult-use cannabis industry. Implementation of cannabis regulation through MAUCRSA under the leadership of BCC has brought chaos rather than regulation. [See Chaos Will Continue! and California Chaos Causes ]

While it would be wonderful to have the luxury of starting over again, rebooting is not an option for California. The past cannot be changed. Those who are interested in addressing the chaos in the regulation of California’s cannabis industry must go forward from where we are today. We are writing this article for that reason.

We believe BCC can still establish an effective regulatory structure in California within the framework created by MAUCRSA through an exercise of foresight, judgment and forceful action. The following are five major changes BCC must cause to be made in the regulation of commercial cannabis activity in order to end the chaos and establish order in the industry. We consider all five of these changes to be critical even though we have ordered this list based on subjective opinions regarding relative importance.

Many will have a longer list of changes. We believe many items others may identify are best considered details in the implementation of the five critical changes we have identified. Of course, we are fallible. We welcome the addition to our list of a sixth or a seventh critical change that BCC must immediately cause to be made.

“All California cannabis businesses must be immediately issued a California license upon completion of all local requirements for engagement in commercial cannabis activity”.

BCC failed to delegate down to local jurisdictions the details of the implementation of MAUCRSA. Issues relating to land use and public health and safety are inherently issues in which local jurisdictions have the determinative interest. MAUCRSA established a state-wide regulatory system for cannabis. The proper role of BCC, and all of its subordinate agencies, was to educate, guide, assist, and facilitate implementation of cannabis regulation consistent with state law under the jurisdiction and control of, and with deference to, local governmental agencies. Proposition 64 mandated a two-tier system.  An effective two-tier regulatory system required guidance and assistance at the state-level for uniform state-wide cannabis regulation with complete deference to local requirements.

The critical issues of regulation mandated deference local jurisdictions to make policy determinations within the requirements of state law.   This combination required BCC and its subordinate agencies to provide guidance for the creation of uniform state-wide regulation under local control with respect to land use and public health and safety issues.

“Commerce a serious effort in coordination with local jurisdictions to pressure underground commercial cannabis businesses into withdrawing from business at the earliest possible time”.

Exercises such as the eradications in Anza Valley last month should never occur. Authorities seized 70 tons of pot worth $190 million. Then, they buried it at Beaumont landfill   California’s regulatory agencies, in coordination with local law enforcement, must discourage unlicensed commercial cannabis activity at the earliest possible date. Unlicensed commercial cannabis activity must not be allowed to continue for months, even years, before action is taken. Conflicts exist between the interests of the State and the interests of local jurisdictions with respect to these issues. Coordination with local interests presents a difficult problem for BCC, but coordination of local interests with state-wide interests is critical to success in significantly reducing the underground industry.

The California Department of Tax and Fee Administration (“CDTFA”) can be invaluable to BCC in this regard. Nothing will cast a greater cloud over unlicensed commercial cannabis activity than a formal notice from CDTFA that it has noticed business is being conducted that appears to owe tax returns and very likely taxes. Such a notice should include references to civil and criminal tax penalties as well as information on how easy it for a locally licensed cannabis business to secure a state license.

“Require CDTFA to overhaul its systems and processes for the collection, reporting, and remission of the two cannabis taxes established by Proposition 64, Cannabis Cultivation Tax (“CCT”) and Cannabis Excise Tax (“CET”), to create effective and readily verified procedures for the administration of these two taxes.”

We have written multiple articles on the extent to which CDTFA is responsible for the chaos in the regulation of California’s cannabis industry. [tax collection and reporting posts[ CDTFA through the Board of Equalization (“BOE”) and the Franchise Tax Board (“FTB”) is more efficient at collecting taxes than the Internal Revenue Service (“IRS”). MAUCRSA delegated responsibility for the administration of CCT and CET to CDTFA. CDTFA botched this task. CDTFA failed to recognize some subtle differences between CCT and CET, and all other taxes administered by CDTFA.

Instead CDTFA has contributed more than its fair share to the chaos. We could argue that CDTFA is more responsible for the chaos than any other single agency. However, we believe that honor falls to CalCannabis.

Proposition 64 [See Implementing Proposition 64- Cannabis Policy in California ] was to a substantial degree driven by the greed of those who saw legalization of cannabis as an opportunity to make money as well as the greed of governmental agencies that saw legalization cannabis as an easy source of tax revenue. The forces that made California a leader in the legalization of medical cannabis over 20 years ago have faded into the background but medical cannabis will arise again from the ashes like a Phoenix.

There are still some involved in the industry who believe cannabis should be readily available as medicine – even as a self-proscribed medicine – but not available as a drug merely because the consumer has lived for 21 years. Medical cannabis in California will become significant once again as marketplace forces make the industry more competitive, and cultivators and consumers realize the savings that can be achieved in moving medical cannabis from cultivators to patients.

“Establish a rational regulatory pathway for the licensing of Cannabis Cooperative Associations (“CCAs”) upon organization such entities in order to provide small cannabis cultivators with a pathway to take advantage of the benefits the Legislature granted to them in MAUCRSA”.

BCC and CalCannabis completely missed the boat in connection with CCAs. CCAs were created by the Legislature to help small cannabis cultivators survive in a regulated industry. Neither BCC nor CalCannabis understood the enabling legislation for CCAs.

The legislation that enabled CCAs has not been utilized. Many small growers have retired or remained underground. BCC is ultimately responsible as the lead regulatory agency. CalCannabis is the immediately responsible agency. It was tasked with administering the portions of MAUCRSA relating to the cultivation of cannabis. A CCA is a collective of cultivators. CalCannabis’ errors relating to CCAs, however, pale in comparison to the fiasco of CalCannabis’ licensing of cultivators.

BCC was given the “power, duty, purpose, responsibility, and jurisdiction to regulate commercial cannabis activity” in MAUCRSA. BCC has not exercised the foresight and judgment required to carry out this mandate and to lead California into a regulated industry. Effective and forceful leadership from BCC is long over-due.

The preceding is our best summary of the five critical changes that must be made in order for California to successfully transition into a regulated cannabis industry. We welcome additions, elaborations, explanations, and even criticism.

If your mother told you life would be easy, she lied. 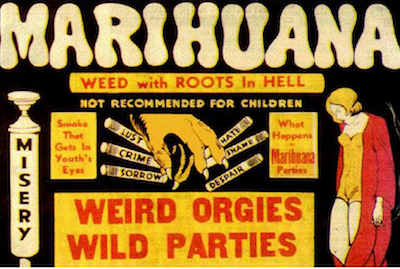