New York Gov. Andrew Cuomo (D) announced on Tuesday that he plans to meet with the governors of Connecticut and New Jersey to discuss ways to create consistency within each state’s respective marijuana programs as they move forward with plans to legalize.

“I want to talk to Connecticut, and then I want to talk to Jersey, about having a regional symmetry on vaping products and marijuana,” he said during an interview on Long Island News Radio. “For one state to do it, it makes no sense if the neighboring state has a totally different policy, because you then just incentivize people to drive over the border and buy it there.”

He also expressed concerns that if people were to travel across state borders to purchase cannabis, they might consume while driving, too. 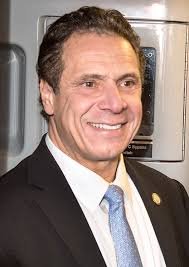