Curaleaf Holdings Inc. is selling cannabis at an annual rate of a billion dollars a year, and executives expect that to keep increasing.

Curaleaf CURLF, -4.27%, a multistate operator that sells marijuana in the U.S., reported first-quarter losses of $17.2 million, or 3 cents a share, on sales of $260.3 million Monday afternoon, after reporting a loss of 3 cents a share on sales of $96.5 million a year ago. While Curaleaf’s total revenue just missed tripling from a year ago, retail and wholesale cannabis revenue each more than tripled, while management fees plunged as Curaleaf takes on more of the business on its own.

Analysts on average were expecting Curaleaf to report a loss of a penny a share on sales of $254 million, according to FactSet. They were also projecting second-quarter revenue of $289 million on average, but Curaleaf’s chief executive forecast a bigger gain Monday.

“With our revenue projected to increase to $305 million to $315 million in the second quarter, we also expect to generate significant improvements in terms of achieving positive net income and positive operating cash flows in the back half of 2021,” CEO Joe Bayern said in a statement.

Curaleaf is one of the largest multistate operators, or MSOs, in the U.S., where marijuana is still federally illegal but states have been legalizing the drug for recreational and medicinal purposes. The company now operates more than 100 retail pot stores across the U.S., including four in Illinois and Pennsylvania that have opened since the end of the quarter, and is approaching 2,000 wholesale partner accounts, according to disclosures made Monday.

“The recent approvals of adult-use cannabis in New Jersey and New York, which are states where Curaleaf has a leading market share, will unlock vast new markets, worth an estimated $2.1 billion and $5 billion in sales, respectively,” Executive Chairman Boris Jordan said in a statement.

The company’s revenue from its retail operations grew to $187.7 million in the first quarter from $56.6 million a year ago, while wholesale revenue — which focuses on the company’s Select brand of cannabis products — grew to $72.2 million from $20.4 million. Management fee income fell from $19.4 million to less than $450,000, Curaleaf reported. 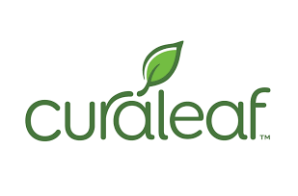