TORONTO-(BUSINESS WIRE)-CLARMIN EXPLORATIONS INC. (TSXV: CX.V) and CYBIN CORP. (‘ CYBIN or the ‘ Company ), a life sciences company focused on psychedelic pharmaceutical therapies, announce the closing of a private placement offering by the Company (the ‘ Offering ) of an aggregate of 60,000,000 subscription receipts (the ‘ Subscription Receipts ) at a price of CDN$0.75 per Subscription Receipt for aggregate gross proceeds of CDN$45 million.

Stifel GMP and Eight Capital (together, with Stifel GMP, the ‘ Co-Lead Agents ) served as co-lead agents on behalf of a syndicate of agents, which included Canaccord Genuity Corp., Haywood Securities Inc. and Echelon Wealth Partners Inc. (together with the Co-Lead Agents, the ‘ Agents ).

‘The strong interest we received from distinguished healthcare investors enabled us to exceed our original capital-raising goals. We appreciate the support of investors who share our vision and commitment to developing alternative therapies, said Doug Drysdale, CYBIN’s Chief Executive Officer. ‘The potential of psychedelic therapies to treat mental illness and addiction disorders has never been more significant. With this investment, we will continue to advance our robust pipeline of psychedelic-based products through clinical development.

Summary of the Offering

The Offering was completed in connection with a proposed arm’s length business combination by way of a three-cornered amalgamation (the ‘ Transaction ) pursuant to the provisions of the Business Corporations Act (Ontario) to be completed among CYBIN, Clarmin Explorations Inc. (‘ Clarmin ) and a wholly-owned subsidiary of Clarmin. The Transaction was previously announced by Clarmin on June 29, 2020. Clarmin and CYBIN intend to apply to delist the common shares in the capital of Clarmin from the TSX Venture Exchange (the ‘ TSXV ) and apply to the NEO Exchange (the ‘ NEO ) for the listing of the common shares in the capital of the Resulting Issuer (as defined below) upon the completion of the Transaction.

The gross proceeds of the Offering, less 50% of the Agents’ Fees (as defined below) and certain expenses of the Agents, has been deposited in escrow until the satisfaction of certain release conditions, including that all conditions precedent to the Transaction have been met (the ‘ Release Conditions ). Upon the satisfaction of the Release Conditions, each Subscription Receipt will convert into one common share in the capital of CYBIN (a ‘ Cybin Share ) without payment of any additional consideration or further action on the part of the holder thereof. At the effective time of the Transaction, each Cybin Share will be exchanged for one common share in the capital of the issuer (a ‘ Resulting Issuer Common Share ) resulting from the Transaction (the ‘ Resulting Issuer ) (on a post-Clarmin consolidation basis). 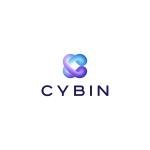