Cyprus has legalised the cultivation and use of medicinal cannabis domestically following a government vote on February 15.

Members approved 30 to 18 to allow growing, importing and exporting, and for individuals to possess and use medicinal cannabis.

Amendment were made to the Drugs and Psychotropic Substances law, which permits the import of cannabis seeds and cannabis plants for cultivation purposes, as well as regulating licenses to be issued.

The amendment to the drug law was passed with 34 votes in favour and 18 against.

“We hope that the process will be launched immediately for hundreds of patients seeking an alternative, non-chemical way to manage their health problems,” said Cyprus’ Green Party. “Although we had proposed many more improvements to this legislation, we believe that the road opens for medical cannabis in Cyprus.”

The Greens cited recent developments in the European Parliament, which is the European Union’s directly elected legislative, to formally introduce a framework for medicinal cannabis across the bloc.

“The resolution urges the European Commission and the Member States to address the legislative, economic and cultural barriers that hamper scientific research in the field while encouraging them to finance such research,” a statement by the Green Party said.

The main opposition party AKEL MPs and extremists ELAM voted against the bill.

AKEL MP Irene Charalambides MP said: “We could not vote for a law that allows for private cannabis plantations, the moment the police has officially said that they will not be in a position to monitor them.”

She added: “As usual, in Cyprus, we have put the cart before the horse. We have not studied what other countries have done with regards to monitoring these plantations.”

The AKEL MP said there is a serious problem with drugs in schools, and the country should monitor closely whom gets licenses and will oversee their distribution.

According to the law, just three producers will be given licenses for the first 15 years, as the government believes this will only attract financially sound companies with global experience in the field of cultivation and production of medicinal cannabis.

In other European states with similar stipulations on quality control, such as Germany, the raised standards have allowed experienced Canadian firms to gain a strong foothold.

The Cypriot government said it would give such firms partial exclusivity of cultivation and the production of medicinal cannabis for the long term, in a bid to motivate.

It said the licensing of only three producers is also recommended for reasons of safety and effectiveness, so that cannabis does not end up in the illicit market or in illegal use.

Medicinal cannabis will be given on prescription to patients suffering from chronic painful conditions associated with, among others, cancer, HIV, degenerative diseases of the motor system, rheumatism, neuropathy and glaucoma.

It will also be given to sufferers of Tourette’s syndrome and Crohn’s disease.

Speaking to local media, the head of the Pharmaceutical Services department inside Cyprus’ Ministry of Health, Louis Panayi said: “Patients will be supplied with medicinal cannabis by pharmacies upon presentation of a prescription from a specialist physician. This process ensures that patients will receive quality cannabis, under the supervision of a specialist, avoiding the need to obtain cannabis of dubious quality from the illegal market.”

Although one of the smallest EU states with a population of 1.18m, Cyprus feels it has a comparative advantage over more experienced cannabis-producing countries such as the Netherlands due to its ideal climatic conditions and its long periods of sunshine. And unlike Israel, another area pumping resources into medicinal cannabis research, Cyprus is part of the EU single market, allowing firms to base there and passport services across the bloc without having to repeat many regulatory checks.

According to estimates, Cyprus may produce £204m worth of medicinal cannabis every year.

Panayi that the state is to see a significant profit. “It is estimated that in a greenhouse of 20 hectares of land, about 20,000 cannabis plants can be grown… an estimated 9,000 Kg of dry cannabis can be produced in such a greenhouse. The export price of medicinal cannabis amounts to €7,400 ($8,400) per kilo. In other words, in such a greenhouse, quantities of medicinal cannabis worth €66.6m ($75.6m) can be grown and produced for every 150 days – the period it takes for cultivation and production – for exporting.

Also commenting on the bill, prior to its approval, Antonis Tryfonos, the coordinator of the Psycho-Social Support Services of the Cyprus Association of Cancer Patients and Friends PASIKAF, said that medicinal cannabis offers relief to many patients and could replace other opioids which are used at a terminal stage.

“Opioids, such as morphine, used by patients essentially sedates the patient, diminishing whatever quality of life the patient may have,” said Tryfonos.

He said that, although it is not a cure, a number of patients who have taken medicinal cannabis found that it significantly improved the quality of their lives.

“As a society, we should not be afraid of medicinal cannabis and we should provide proper training to our medical staff.”

“We are not against the introduction of medicinal cannabis. Quite the contrary we are all for it. We just believe that we should have started with the approval of import and then think about becoming producers and exporters” 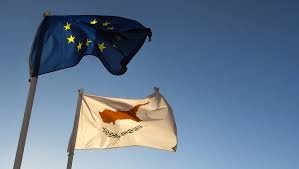