Seeking legal permanent residency, he had no choice but to go.  But now, nearly two months later, he’s still in Mexico and barred from returning to his home in the United States.

The hold-up: Palomar admitted that he previously used marijuana, which is legal in California but isn’t under federal law.

The 26-year-old Corona resident, who grew up in Anaheim, has temporary legal status in the United States. He’s married to a U.S. citizen and is the father of American children. He traveled to Ciudad Juarez, Mexico in June only to fulfill certain requirements needed to be granted a green card, which would identify him as a permanent U.S. resident.

Palomar is not alone. There is considerable confusion over marijuana use and its implications on immigration.

“It happens all the time,” said Los Angeles immigration attorney Ally Bolour, a board member of the American Immigration Lawyers Association. 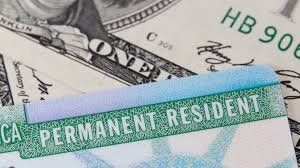