The mayor of Washington, D.C. says local officials are prepared to move forward with implementing a legal system of recreational marijuana sales in the nation’s capital just as soon as they can get over the final “hurdle” of congressional interference.

In an interview on WAMU’s Politics Hour on Friday, Bowser was asked about the competing pieces of legislation and said “I think we’re ready from our end.”

“We have a tax-and-regulates scheme. We’ve prepared our alcohol and beverage office to be prepared to implement regulation,” she said. “And we have to we have to get the hurdle of Congress out of the way.”

Read full report and listen to comments at the link

D.C. Is ‘Ready’ To Legalize Marijuana Sales As Soon As Congress Gets Out Of The Way, Mayor Says 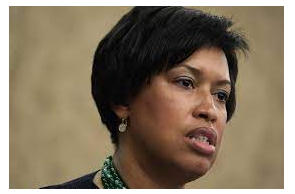