The Supreme Court accepted a request from a group of Senators on Friday to postpone the April 30 deadline to approve a law to legalize cannabis nationwide. Reports MJ Biz. 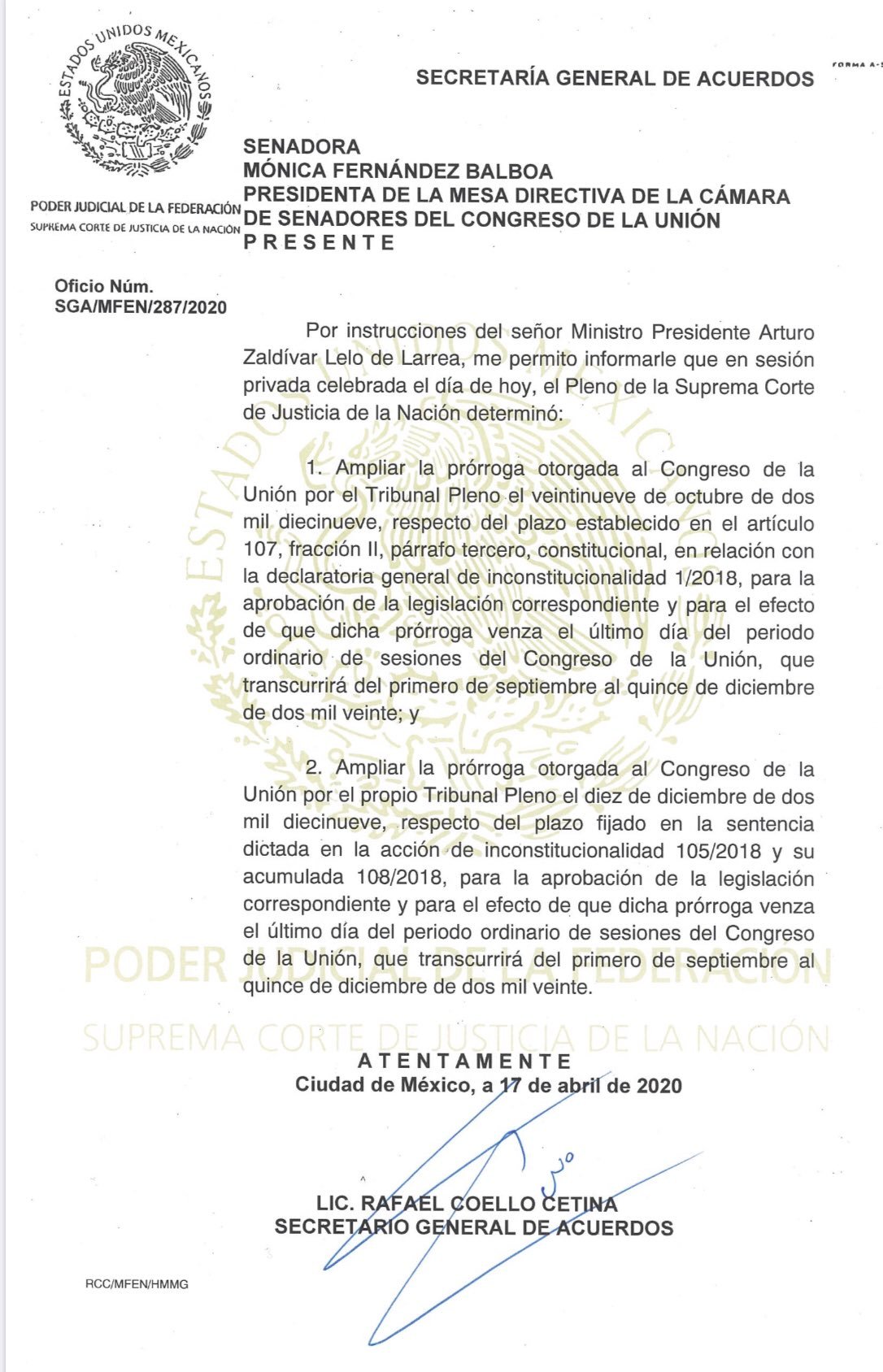 Marijuana Business Daily reported in March that the April 30 deadline was expected to be missed after both houses of Mexico’s Legislature suspended most of their work because of the coronavirus pandemic.The bill is expected to be approved during the Senate’s next ordinary session period, which starts in September.

The Supreme Court originally set an October 2019 deadline, but the Senate received an “exceptional and one-time only” extension after it failed to reach a consensus.

According to its latest version, the measure would, among other things: 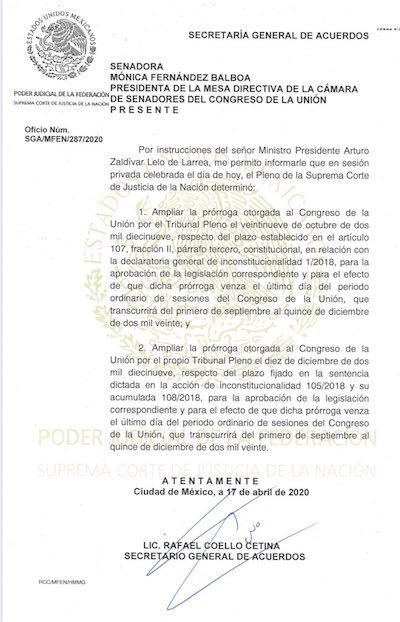