There have been a number of high profile initial public offerings in the psychedelic space, including COMPASS Pathways’ (NASDAQ: CMPS) $2 billion debut. While there are now more than 30 publicly traded companies in the space, there are thousands more private companies at various stages of funding and development.  Says a press release published via CFN

Delic Corp. (CSE: DELC) (OTCQB: DELCF) was founded by former High Times executives to cultivate these companies through a combination of awareness and capital. With three existing platforms reaching over 300,000 people per month, the company is already making inroads and educating the public while planning a flagship in-person event for 2021.

Psychedelics have captured the attention of researchers after a series of promising early-stage clinical trials. In fact, the FDA has already approved ketamine nasal spray as a treatment for suicidal behavior and granted Breakthrough Therapy status to at least two psilocybin-based treatments for mental health disorders, like treatment-resistant depression.

Of course, the therapeutic potential for psychedelics is just scratching the surface of a larger revolution among consumers. More than 30 million American adults have tried psychedelics at least once in their life and psychedelic substances could be transformative for everything from enhancing creativity to dealing with past traumas in counseling sessions.

Delic’s team is front and center in the psychedelic space, which enables them to see the best deals. Co-Founders Jackee and Matt Stang were executives at High Times before shifting their focus to psychedelics. In addition, the company’s board of directors includes names like Paul Rosen, Kraig Fox, Martin Tobias and Sashko Despotovski.

Recently, the company announced that Shep Gordon would join its advisory board. Mr. Gordon is an American talent manager, Hollywood film agent and producer that has advised countless businesses across different industries and will leverage his wealth of experience to help DELIC realize its ambitions in the psychedelics space.

It’s no secret that the psychedelics industry has attracted significant levels of capital as it targets a massive market opportunity. ATAI Life Sciences closed a $125 million Series C round, COMPASS Pathways raised $127.5 million in its going public transaction and MindMed Inc. raised C$80 million a recent bought deal—and these trends are poised to accelerate.

Leveraging its high-profile team, media platform and capital, the company’s private equity model will focus on acquiring nimble, cash flowing and scalable psychedelic companies before they reach the masses through venture capital or a public listing. These dynamics provide shareholders with diversified access to some of the industry’s best opportunities.

More than a Media Empire

Delic’s Reality Sandwich brand already reaches more than 300,000 people each month and is top-ranked for high-profile Google keywords. In addition to an online presence, the company’s Meet Delic event will bring together mind-state technology vendors, industry experts and thought leaders to create one of the industry’s biggest events.

Moving forward, the company plans to make additional acquisitions in the psychedelics industry beyond media brands and events, leveraging its status as a publicly-traded psychedelic wellness corporation. With a low float and DTC eligibility around the corner, the company should have ample access to capital to grow over the coming quarters.

Delic Corp. (CSE: DELC) (OTCQB: DELCF) is uniquely positioned as a leading voice in the nascent psychedelics industry. With growing interest among investors, the company aims to leverage its presence to unlock value through private equity deals and build a sprawling psychedelic ecosystem. 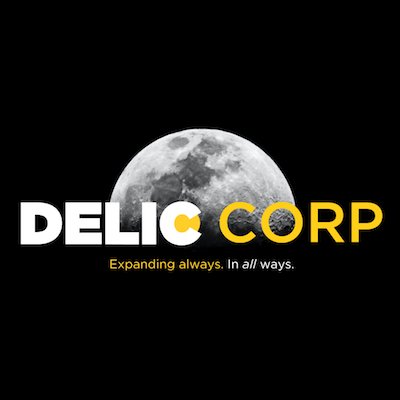