According to the Governor’s announcement, delta-8 is currently being sold in convenience stores, gas stores, and tobacco/smoke shops throughout the state.

Many people are familiar with delta-9 THC, which is the active component in the legal marijuana plant that’s regulated in Michigan.

In order to create and sell products with it, a cannabis business has to be licensed through the Marijuana Regulatory Agency (MRA).

Similarly, Delta-8 is another type of cannabinoid in marijuana and an isomer of delta-9.

It’s found in small traces in hemp and cannabis plants.

Due to it’s small amount and “milder high,” delta-8 in Michigan hasn’t been regulated the way cannabis has.

In fact, it hasn’t been regulated at all up until now.

Delta-8 is one of the hundreds of cannabinoids found in marijuana.

However, the delta-9 cannabinoid has been federally illegal as a schedule I controlled substance for some time.

Delta-8 is similar to CBD in the sense that its products have been sold without regulation for quite some time.

Delta-8 vs. CBD: What’s the Difference?

Delta-8 is produced by many of the same people that are producing CBD.

As of now, both cannabinoids aren’t regulated by the state. Therefore, no license has been required to produce and/or sell delta-8 in Michigan.

Similar to CBD, some products derived from delta-8 include vape cartridges, gummies, edibles, and even flour since much of these products are sourced from industrial hemp.

However, the biggest difference between Delta-8 and CBD is that unlike CBD, delta-8 does have pharmacological properties.

There is a sense of high that’s experienced when consumed, although it’s milder compared to delta-9’s effects.

Due to these effects and the fact that it’s currently being sold to minors, it became a public health and safety concern for the state of Michigan. 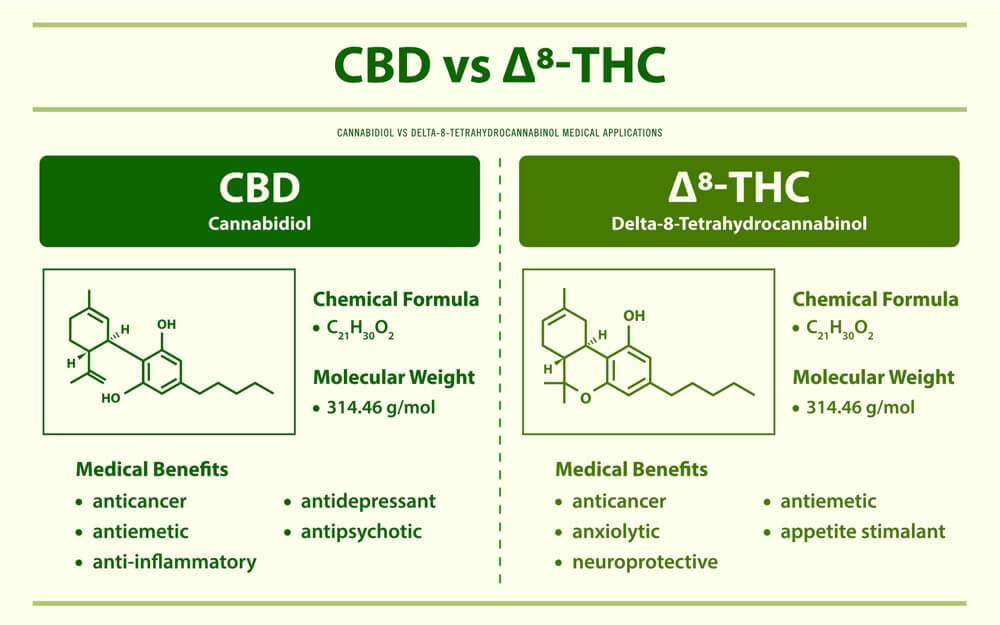 While delta-8 has been rising in popularity across the country, it also has been outlawed completely in 14 different states.

However, instead of banning the product completely, Michigan decided to regulate delta-8 just like marijuana.

“We applaud Governor Whitmer’s decision to sign this package of bills into law. Regulating Delta 8 rather than banning the product is a smart and progressive move that is in the best interest of public health and safety. We are grateful that medical marijuana patients will have improved access to their certifying physicians and that state licensed cannabis businesses will have clearer standards and improved liability insurance coverage.”

Starting Oct. 11th, 2021, delta-8 THC will be regulated by the MRA agency and will only be produced and sold by licensees.

What License Do I Need to Sell Delta-8?

Just like marijuana, those who wish to legally produce delta-8 products must have a processor’s license, regardless if it’s from a hemp or marijuana plant.

To cultivate delta-8 from the plant, you then would need grower’s license. When it comes to selling these products, a retailer’s license is required.

Both medical and recreational licensees abide by the MRA’s strict rules and regulations.

One of those rules is that they can only sell these products to those over the age of 21.

Once delta-8 is regulated, minors will no longer be able to legally purchase delta-8 products.

To me, regulating instead of outlawing it is a good move on the state’s part.

Once regulated, delta-8 THC will directly compete with delta-9.

However, due to it’s recency, delta-8 hasn’t developed the opportunity or the market share that delta-9 has.

That doesn’t mean that it’s not going to; preliminary studies show that delta-8 potentially holds significant health and medical benefits.

However, at least in the United States, the research simply isn’t there yet to understand the true health and wellness benefits of this THC derivative.

The Future of the Cannabis Industry At Large

We’re still discovering cannabinoids that are unique in their benefits and effects.

Obviously, regular marijuana (delta-9) has been discovered for a very long time.

Only recently did we see the CBD explosion, and we’re just now hearing about delta-8. It leads to the question; what else is coming?

The Michigan cannabis industry is a particularly exciting industry to be a part of right now, because there’s always new things that are happening, new products being developed, and new business ideas being brought to life.