Marketed as a legal way to get stoned, Delta-8 products have been hitting the shelves of gas stations and smoke shops nationwide. But how can a product that purportedly gets users high escape federal and state regulation?

Delta-8 is one of the hundreds of cannabinoids that are naturally found in hemp and cannabis plants. It is an isomer of Delta-9, the source of marijuana’s high. When it comes to tetrahydrocannabinol, one typically refers to the better-known THC, Delta-9. As an isomer of Delta-9, Delta-8 has the same chemical formula, but a different arrangement of atoms in the molecule. Isomers also tend to have different properties. It is estimated that Delta-8 has 75% of the potency of Delta-9 THC.

Is Delta-8 legal under federal law?

Even though it is not as potent as Delta-9, Delta-8 is included on the DEA’s list of controlled substances under “tetrahydrocannabinols” and thus, it is a controlled Schedule 1 drug. That being said, the Agriculture Improvement Act of 2018, dubbed the “Farm Bill”, expressly carved out “tetrahydrocannabinols in hemp.” Since then, there have been differing views over whether or not the Farm Bill created a loophole for the production and sale of hemp-based Delta-8 THC.

One thing the Farm Bill did not impact is the control status of synthetically derived tetrahydrocannabinols, meaning a THC, like Delta-8, that is synthetically derived remains illegal. There is no federal definition for synthetic derivatives, which has created quite a bit of confusion over the federal legality of Delta-8. The DEA’s Drug Fact Sheet on K2/Spice, the “fake weed” that hit the streets with vengeance about 10 years ago, states that, “synthetic cannabinoids are not organic, but are chemical compounds created in a laboratory.” Most will agree that a naturally occurring compound such as Delta-8 THC, isn’t the equivalent of K2 or Spice, which are chemical substances synthetically made to mimic cannabinoids. Although many producers convert plant-derived CBD into Delta-8 THC using a chemical process called isomerization, the hemp that is used to extract the CBD falls under the Farm Bill exemption. This isomerization of plant-based extracts is considered entirely different from the synthetically derived products that result from controlled chemical reactions according to this article.

However, the US Cannabis Council argues that there is no Farm Bill loophole; the 2018 Act does not legalize the production of psychoactive drugs simply because the base material has been extracted from hemp. The Foundation of Cannabis Unified Standards (FOCUS) agrees. They contend that hemp farmers and processors wanting a truly legal pathway to participate in the Delta-8 market must convert hemp to CBD, then sell the CBD to state-licensed marijuana companies to produce and distribute Delta-8 products through the existing regulated market. Even if CBD-derived Delta-8 is not viewed as “synthetically derived,” Delta-8 could violate federal law as a “controlled substance analogue.” The Federal Analogue Act, 21 U.S.C. § 813, treats a controlled substance analogue, if intended for human consumption, a federally controlled substance in Schedule I of the Controlled Substances Act. A “controlled substance analogue” is any substance that has: (1) a substantially similar chemical structure to a schedule I or II controlled substance; and (2) a substantially similar stimulant, depressant, or hallucinogenic effect on the central nervous system. Recall the National Cancer Institute’s definition describing Delta-8 as an analogue of THC with properties that affect the central nervous system where it is processed. Such a definition, coupled with the fact that Delta-8 has a potency of about 75% of that of Delta-9, suggests that Delta-8 would be considered a “controlled substance analogue,” regulated under federal law.

Is Delta-8 legal under state law?

Many states have explicitly banned Delta-8 THC products as opposed to relying on the apparent exclusion in the definition of hemp. Seeing an increase in Delta-8 related hospitalizations is just one of many factors in implementing such bans. And it isn’t only adults getting sent to the emergency room because of Delta-8, a boy in Omaha and two children from Wisconsin were also hospitalized for non-lethal overdoes. Poison control centers are attempting to warn the public with statements released in adult-use and medical-use states alike like.

To curb such risks, many states have relied upon their state agency’s determination that Delta-8 is a synthetic form of THC and thus prohibited under the Controlled Substance Act. In fact, over 12 states have adopted specific measures to ban Delta-8 sales, while other states such as Illinois, Oregon, and California are adopting regulatory frameworks that allow for Delta-8 THC or any THC only if it is tested, verified, and sold through the regulated marketplace. Just recently, Colorado announced that all hemp-derived Delta-8 THC is now banned and New York is following suit as it seeks to prohibit the use of any Delta-8 THC created through the isomerization of CBD.

Similarly, the North Carolina Department of Agriculture has noted that the “DEA takes the position that synthetically derived THC is illegal as a controlled substance. Since Delta-8 THC appears at negligible and non-detectable concentrations in hemp, Delta-8 THC is normally derived from chemical conversion from CBD into Delta-8 THC. Therefore, it appears from DEA’s August 21, 2020 Interim Final Rule, titled “Implementation of the Agriculture Improvement Act of 2018,” that it will treat Delta-8 THC derived from chemical conversion or other synthetic methods as illegal.”

But not all states are in agreement. According to the Florida Department of Agriculture and Consumer Service, products must contain a total THC that is below 0.3% (THCA x .8777 + THC Delta 9 = total THC). Florida notably leaves out Delta-8 in their equation, paving the way for Delta-8 THC products to hit the shelves. With the green-light from the state, manufacturers in Florida represent one of the principal sources of Delta-8 THC products sold in other states and via the internet. But even with such guidance from the state, the products you find on the shelves are might not be legal. For example, the US Cannabis Council tested 16 different over the counter Delta-8 products only to find that none of the samples were 2018 Farm Bill compliant. The mean Delta-9 THC concentration of the sample set was more than 10 times greater than the USDA and Florida state limit of 0.3%. Accordingly, all samples were non-compliant, illegal products, regardless of Delta-8’s legal status.

With outright bans coming from some states and the green-light to sell coming from others, the Hemp Industries Association (HIA) is calling for a middle ground, regulation. Recognizing the prohibition is a “failed concept”, the HIA believes that “responsible regulation of Delta-8 THC products will allow the hemp industry to continue its rapid expansion while maintaining a consumer protection driven approach to the marketplace.” Until then, and without federal regulators clarifying their stance and the Farm Bill’s intent, the confusion behind Delta-8’s legality will only continue to bloom. 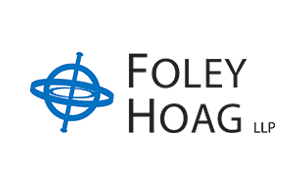