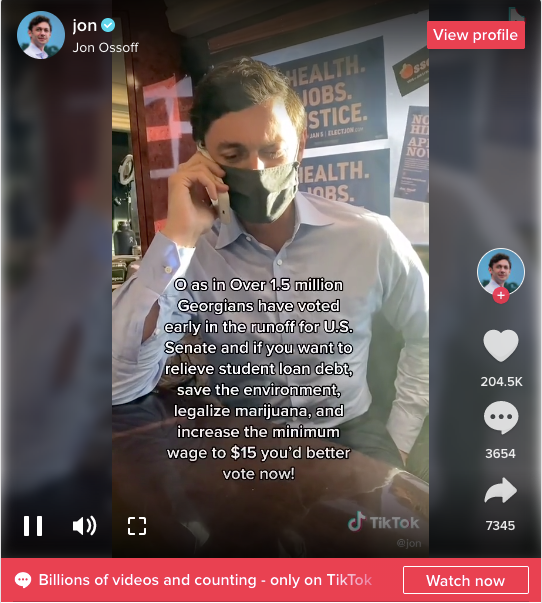 With two weeks before the vote in his race and one other Georgia Senate runoff election, which together will decide which party ultimately controls the chamber, Ossoff’s campaign has taken to the predominantly Gen Z app to generate enthusiasm. It’s been met with mixed reviews in the media, but one of his latest videos, published on Tuesday, is at least reassuring for cannabis reform advocates.

It shows that the candidate recognizes that marijuana legalization is popular among young people, and he says their vote in Georgia will determine whether the policy change is enacted in the next Congress. 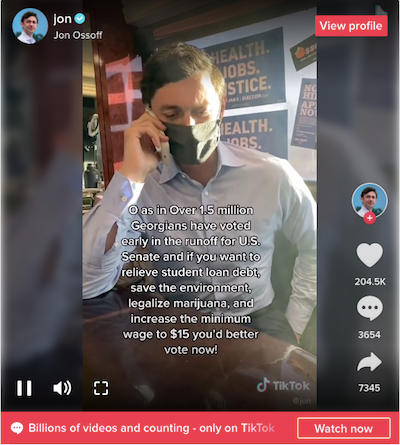