This piece authored by  Jennifer Kane,  of the Reno Gazette Journal reads like a set of characters imagined for a Scorsese or Coppola film !

The nephew of a mobster, the wife of a presidential adviser and a bourbon heir all have one thing in common: Pot in Nevada.

Since the advent of legal weed in Nevada, the identities of people financing the state’s green rush were kept secret. In May, that all changed with a public database thatreleased more than 10,000 marijuana business records.

Nevadans for the first time were able to see who owns the local marijuana industry: stay-at-home-moms, strip club owners, former gaming executives, a good number of politicians and lobbyists — even a past member of the U.S. ski team, according to a Reno Gazette Journal analysis of the database.

While some investors wanted to remain cloaked in secrecy to avoid the stigma, getting their bank accounts shut down, or being the target of crime because of the cash-heavy nature of the industry, at least one investor said he’s unfazed and little has changed.

“If the Feds want me: Come and get me. They know where to find me,”  said John Spilotro, nephew of Anthony “The Ant” Spilotro,the mob-connected enforcer for Las Vegas casinos who was tied to several murders in Nevada before his murder in an Illinois cornfield in 1986.

“That’s the story of my life,” said Spilotro, an attorney, who co-owns cultivation, production, distribution and dispensary locations in Clark County.

“I don’t care about the transparency, it doesn’t bother me,” he said.

Not everyone is quite as welcome to the limelight as Spilotro.

Gov. Steve Sisolak said it was the public’s right to know who’s got a hand in the weed industry.

The names ofany owner, officer or board member of a companythat applied for a state-issued marijuana business license are now public, a major step toward ensuring booming pot businesses don’t fall victim to the same type of corruption that once plagued Nevada’s casinos.

“I don’t think the industry was ever going to be this attractive safe haven for the mafia. There were FBI background checks, there was extensive documentation, you had to document where your money was coming from, but long term I think this will benefit the industry,” said Riana Durett, of the Nevada Dispensary Association.

The names of some 8,900 people are listed on the Nevada Department of Taxation’s website, some of them were particularly eyebrow raising, including that of the former department head who oversaw the creation of the most recent cannabis industry regulations: Deonne Contine.

Contine is listed as a board member for Sierra Well, which owns dispensaries in Reno and Carson City. She was on the board for four or five months after leaving her position as the executive director of the taxation department in January 2018, she told the Reno Gazette Journal in an email, though she did not want to discuss it at length.

“I ultimately decided (actually very quickly) that the private sector just wasn’t where my heart is. I was happy to have the opportunity to transition back to public service, which is really what I have a passion for,” said Contine, who has since left Sierra Well.

Sisolak appointed her as the director of the Department of Administration in February.

Former Nevada assemblywoman Lucy Flores, who said presidential candidate Joe Biden inappropriately kissed her on the head, is listed as a board member for Greemart of Nevada.

She wrote in an email to the Reno Gazette Journal that it was a long answer behind her involvement and she didn’t have time to talk about it. 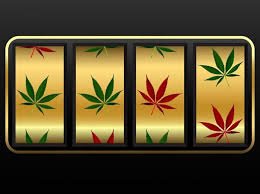