Does Las Vegas Intend To Hold Up To 300 Cannabis Events Per Year?

Per this fiscal note issued by the Nevada CCB 31 March that is what they are budgeting for……so give or take that means a daily cannabis event in the state most of which will mean Vegas.

Through limited research on other state’s similar event programs, the CCB estimated the number of new licenses to be issued annually as a result of this legislation to be approximately 35. The number of event permits that would be approved and issued is estimated to be around 300 per year. The fiscal note which includes new FTEs was based on these estimates.

Have a look at the numbers for Planet 13’s Sales For 420 day 2021  and imagine how well they’ll be doing post pandemic with 3/4 events in town each week.

I think that’s what they call a license to print money ! 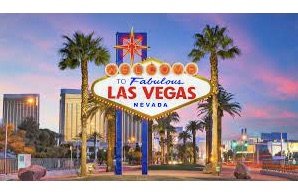