The Government of Dominica is now ready to explore the possibilities that investments in cannabis offer.

Prime Minister Roosevelt Skerrit made that disclosure during his presentation of the National Budget for the Fiscal Year 2021-2022 in Parliament last week.

In October 2020, the Parliament of Dominica approved a Bill for an Act to decriminalize the possession of 28 grams (one ounce) or less of cannabis (marijuana)  under the Amendment of the Drugs Prevention of Misuse Act.

The Act applies to Dominicans 18 years and above

The government also recommended that one can cultivate no more than three cannabis plants at his/ her place of residence.

“Further to the decisions taken by the Government in respect to cannabis in last year’s budget, Government is now ready to explore all the possibilities that investments in cannabis offers,” the prime minister said. “Particularly the value-added component of cannabis, such as the production of marijuana oils, supplements, and other products that the global market demands.”

Skerrit added, “The point is Mr. Speaker, many of our citizens who have been suffering from cancer have proclaimed that the marijuana oil is a very important part of their treatment, and we do not think that our people who are suffering and need this to cushion their pain, should have to procure these oils in a clandestine manner.”

He said his government will therefore put in place the necessary structure to allow for the production and procurement of these oils transparently and legally.

“On a broader scale, bold and decisive action on Dominica’s involvement in the cannabis industry is needed,” Skerrit noted.

In this regard, he said, a National Task Force has been established “to give focused attention to this important area” which can pave the way for multiple new jobs, and be an important revenue earner. 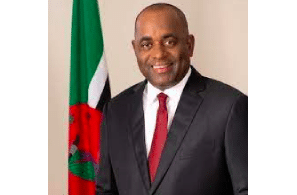