The Parliament of Dominica has approved a Bill for an Act to decriminalize the possession of 28 grams (one ounce) or less of cannabis (Marijuana).

The Amendment of the Drugs Prevention of Misuse Act was passed in Parliament on Monday.

The Act applies to Dominicans 18 years and above.

“There is a different view today than yesterday for persons who actually possess small quantities of marijuana for personal religious use and we are therefore, Mr. Speaker, taking a further approach towards decriminalising small quantities of marijuana and to expunge the record of persons in respect of possession of 28 grams,” Minister of National Security and Home Affairs, Rayburn Blackmoore, said while introducing the Bill in parliament.

According to Blackmoore, there is a common misconception that cannabis should not be decriminalised entirely without some measure of restriction being imposed. 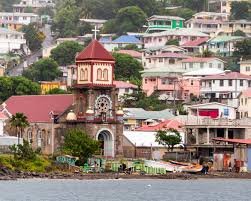