Don’t They Have Anything Better To Do?.. GOP Bill Aims To Block Marijuana Purchases By Low-Income People On Federal Assistance

Marijuana Moment reports on the halfwits…

The legislation, sponsored by Rep. Tom Rice (R-SC) and cosponsored by Rep. Jackie Walorski (R-IN), is the latest in a series of attempts over recent sessions to block low-income individuals from using Temporary Assistance for Needy Families (TANF) funds for cannabis.

A spokesperson for Rice told Marijuana Moment that the congressman “believes it would be a misuse of taxpayer dollars to allow folks receiving welfare to use the funds for marijuana purchases.”

Earlier Version Of The Bill

H.R. 4137 prohibits individuals from using welfare benefit cards for purchases at stores that sell marijuana, as well as forbids the withdrawal of welfare cash at ATMs in such stores. Specifically, the bill amends Section 408 (a)(12)(A) of the Social Security Act (42 U.S.C 608(a)(12)(A)) by adding “any establishment that offers marihuana (as defined in section 102(16) of the Controlled Substances Act) for sale” to the list of places a State must prevent electronic benefit transfer transactions from occurring.

On February 22, 2012, the Welfare Integrity and Data Improvement Act (Title IV of Public Law 112-96) was enacted, requiring that States prevent welfare recipients from accessing cash welfare benefits electronically in liquor stores, casinos, and strip clubs. The bill, signed into law, reinforced the idea that taxpayer-funded welfare benefits should not be used at certain establishments.  However, a recent report examining welfare transactions in Colorado revealed over $5,000 in welfare benefits were withdrawn at ATM machines in stores selling marijuana in just the first month stores were open. In a July 31, 2014 response to a Congressional inquiry about welfare benefit transactions in stores selling marijuana, HHS indicated that they do not have authority to implement a restriction on these transactions, but agree that “any inappropriate expenditure of public funds is cause for concern and should be addressed immediately.” While some States have reformed their policies surrounding marijuana and marijuana-infused products, more can be done.

According to the CBO, H.R. 4137 would have no effect on the federal budget. 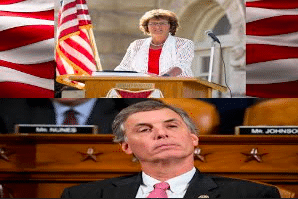