Is Psychedelic Therapy Legal in the United States?

The legal status of psychedelic-assisted therapy in the United States is confusing and complicated. On the one hand, the “classic psychedelics” (mescaline, LSD, psilocybin, and DMT) are currently illegal at the federal level in the U.S. There are currently no forms of psychedelic-assisted therapies that the U.S. government has legally sanctioned. Yet, on the other hand, clinical trials, deprioritization, and limited forms of state-level adult use legalization have forged the first pathways for psychedelic therapy within the country.

Since the passing of the Controlled Substances Act (CSA) by the Nixon administration in 1970, the classic psychedelics have been listed as Schedule 1 substances under the U.S. Drug Enforcement Agency’s (DEA) drug classification system, which means—according to the agency—that they have no recognized medical use and a high potential for abuse. (The DEA’s drug classification system includes five Schedules, Schedule 1 being the most tightly controlled and Schedule 5 being the least.)

In 2017, however, the U.S. Food and Drug Administration (FDA) granted MDMA-assisted therapy for the treatment of PTSD with “Breakthrough Therapy” status, meaning that early clinical results were promising enough to expedite the process of reviewing and approving the treatment. Psilocybin received the same designation for the treatment of TRD the following year. Breakthrough Therapy status has made it easier for some patients to access these MDMA- and psilocybin-assisted therapies through clinical trials—which are currently the only setting in which psychedelic-assisted psychotherapy can be legally administered in the United States. You can search for clinical trials here.

Read the full article at  https://doubleblindmag.com/where-is-psychedelic-therapy-legal/?_kx=d_Mivh5iowsZVHztLW6iHDiywAqyLNNI6foafqGBsBU%3D.WLzrRC 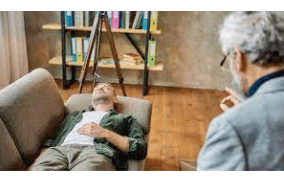