Eaze, A German Businessman and a $100 Million Fraud Case – Cannabis Just Got Even Crazier 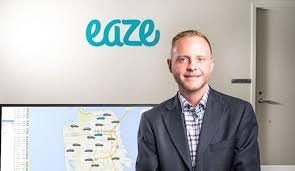 The Wall Street Journal has just published a story   about a $100M federal fraud case which could fundamentally damage the reputation of the regulated cannabis industry in the USA.

Which, let’s be honest, is having a hard time finding poster boys and girls currently

The WSJ details the case of a  Ruben Weigand,  “German businessman”, who was arrested at LAX in March.

In the indictment, federal prosecutors charged Weigand with conspiracy to commit bank fraud,

“stemming from an alleged scheme to trick banks into processing more than $100M in marijuana sales.”

The report  reveals that Eaze has not been charged, and is not named in the indictment, but the story puts delivery app Eaze at the heart of this case.

Until last year, Eaze allowed customers to pay with credit cards. WSJ: US “Prosecutors allege that Eaze executives and other unnamed co-conspirators worked with Mr. Weigand and another businessman…to devise a ‘transaction laundering scheme’ that hid the true nature of the transactions from banks.”

Prosecutors allege Weigand’s main role, per the paper, was “to manage the alleged network of phony bank accounts used by the phony merchants to process payments on behalf of Eaze. He was responsible, they said, for finding European banks to process Eaze’s transactions.”

Court filings say at least one Eaze CEO was involved in the alleged scheme. The Eaze executives allegedly involved, apparently no longer work for the company.

Eaze is reportedly cooperating with authorities “in hopes of leniency,” according to the WSJ. The company says it is now using a new payment system.

On March 9, a German businessman named Ruben Weigand was arrested at Los Angeles International Airport, during a layover on his way to Costa Rica. In an indictment unsealed later that week, federal prosecutors in Manhattan charged Mr. Weigand with a single count of conspiracy to commit bank fraud, stemming from an alleged scheme to trick banks into processing more than $100 million in marijuana sales.

The case doesn’t appear to be focused on the drugs themselves—the underlying sales seem to have been legal under state laws….  Read more (paywall)

SDNY COURTHOUSE, April 28 – Ruben Weigand is charged with with a “scheme to deceive US banks into processing in excess of $100 million for marijuana products.”

On April 28, he had a proceeding before U.S. District Court for the Southern District of New York Judge Jed S. Rakoff, covered by Inner City Press.    Weigand since has money, unlike many SDNY defendants, has high powered lawyers from Wilson Sonsini. On April 28 they demanded a bill of particulars.

Judge Rakoff pushed back, setting a tight schedule for that: May 12, May 18 and he’ll rule by May 20.

But these high powered lawyers have a grueling trial schedule for other clients, from the Central District of California and elsewhere.

So Judge Rakoff agreed to a trial in December 2020, to be finished before Christmas. Inner City Press will cover it. The case is US v. Weigand, 20-cr-188 (Rakoff). 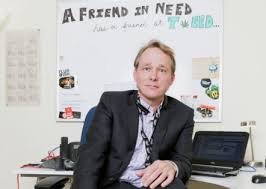