The Ecuadorian government has set the maximum THC level for industrial hemp at a full 1%, following the lead of Uruguay, Switzerland and Australia.

The limit was set in policy changes outlined during a legislative session this week that legalized industrial hemp by removing it from the Ecuadorian criminal code. The 1% THC limit is based on dry weight of hemp green matter. The reformed criminal code states clearly that hemp under that limit is no longer a prohibited crop, and that regulation of THC levels is the responsibility of the National Agrarian Authority.

Cannabis regulation has proven a thorny issue in Ecuador. “Many politicians are aware of the economic potential that hemp represents in their different areas,” Oscar Farith Pino Herrera, founder of NGO Cáñamo Industrial Ecuador, told HempToday. “However there is still a struggle against economic interests of conservative elites who do not want it to be approved.”

Ecuador in 2015 approved a new law that decriminalized cannabis consumption. However, lack of clarity has caused confusion among the public as well as authorities surrounding CBD and other compounds.

Eighty-three Ecuadorian legislators voted to approve the reform, while 23 assembly members chose to abstain from the vote and 20 voted against the changes.

By setting the 1% benchmark, Ecuador has put itself in the legal vanguard on a global stage. In most parts of the world, the THC limit for industrial hemp is 0.3%, while European nations labor under an even stricter 0.2% THC limit, which stakeholders on the continent are working to change. North America observes a 0.3% THC limit. 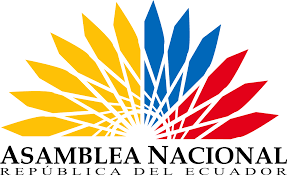