It has been a busy 72 hours in the southern african mini kingdom of Eswatini. First allegations that the current king, Mswati III had used his police and defence forces to target small landowners illegally growing cannabis after signing a deal with Florida based cannabis production company Stem Holdings, then a chiding from the outgoing US Ambassdor  Lisa Peterson on the king’s use of donated funds to buy Rolls Royces & private jets as well as visits to Disneyworld in Florida and now a politician who’d raised the cannabis deals issue in parliament has been arrested on unknown charges and is not to be found at the relevant arresting police station.

Yesterday morning  MP Mduduzi Bacede Mabuza was forcefully thrown inside a police vehicle during his much publicised arrest by six plainclothes officers.

“As we speak, they are outside, demanding that I come out but currently I am communicating with a lawyer” 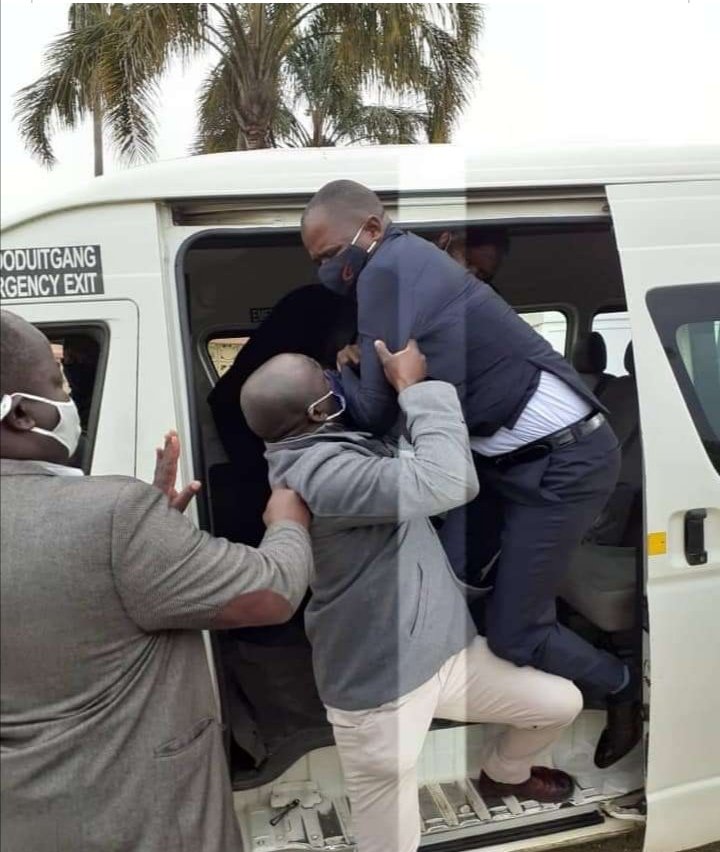 Local media reports that  police officers were executing an arrest warrant issued at the Mbabane Magistrate, outlining reasonable grounds against the accused that on Tuesday, he committed an obstruction case.

The warrant further commanded the police officers and other officers of the law that immediately upon sight, they arrest and bring the accused or cause him to be arrested and brought before the said court to be dealt with according to the law.

This follows a series of events involving the vetting of aspiring senator and Mabuza’s younger brother, Sifiso Mabuza, in preparation for the Senate elections which took place yesterday afternoon.

The arrest comes few days after local media outlet  Swaziland News published an investigative report that exposed how King Mswati and other royal connected politicians were bullying Parliament to pass the Cannabis Bill into law to give way for a multi-million dollar cannabis project by Florida based Stem Holdings. 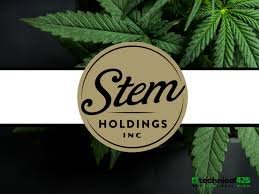 The now under-fire MP moved a motion that resulted into a resolution suspending the provisions of the Prevention of Organized Crime (POCA) after members of the public particularly dagga farmers complained to their various MPs that they were being targeted and pushed out of the business.

Speaking to this Swaziland News on Wednesday morning, the MP confirmed that police were surrounding his home but said he refused to come out saying he didn’t understand their mission.

Swaziland News provide the following information on the background of the deal with Stem and the furore it has created within the parliament and the wider kingdom….Stem have some troubles ahead as the ministry of health say that the deal deal is not done although Stem appear to think it is, not only that, it appears the king has been talking to other parties at the same time

But Dr Simon Zwane, the Principal Secretary in the Ministry of Health when speaking to this publication in an earlier interview confirmed that various companies applied for the license but said as a Ministry empowered by the law to regulate the industry, they opted to set the record straight that no company has been awarded the license after learning that Stem Holdings claimed to have received preliminary approval in the country to grow and export dagga products.

“We need to clarify and set the record straight that the Ministry of Health is empowered by the law to grant such licenses but to date, no license has been granted by the current or previous Minister to any company to grow or export dagga products” said the Principal Secretary.

When asked to respond to our questions on the subject matter, Prince Shlangusemphi, the then Minister of Economic Planning and Development who was allegedly instrumental in facilitating the dagga deal joined the fast lane, he failed to respond to a specific question about the alleged dealings with Stem Holdings.

But on or around 25thMarch 2019, Adam Berk, the Stem Holdings Chief Executive Officer(CEO) confirmed in a report and or a press release that his company, through a Joint Venture with Profile Solutions had received preliminary approval to become the only licensed growing farm and processing plant for medical cannabis and industrial hemp in eSwatini for a period of ten (10) years.

“Stem Holdings Inc. is pleased to announce it has executed a definitive agreement dated March 22, 2019 to acquire South African Ventures Inc. SAV has a joint venture with Profile Solutions and a working capital surplus of approximately $11 million. The JV has received preliminary approval to become the only licensed growing farm and processing plant for medical cannabis and industrial hemp in The Kingdom of eSwatini (formerly known as Swaziland) for a minimum of 10 years” said Adam Berk, in an article that was also published by the Cannabis Business Times.

Parliament is currently at loggerheads with Cabinet after the King through Prime Minister Ambrose Dlamini and Justice Minister Pholile Shakantu unleashed police officers on dagga farmers after Parliament refused to pass the Cannabis Bill whose intention was to award Stem Holdings the license.

Reached for comments earlier by this publication, Saladin Magagula, the Chairman of the Eswatini Cannabis Association (ECA) said as representatives of dagga farmers, they don’t want the industry to be captured by white monopoly capitalism.

“As much as we support Foreign Direct Investment, we don’t want white monopoly capitalism to completely take over the business from indigenous Swazis. We want everything to be grown and processed here, even if we involve investors, at least the growing part should be done by the citizens” said the Cannabis Associations Chairman.

Not only are Stem going to regret issuing their press release to investors in the US because of the above parliamentary and ministry pronouncements, we would also suggest that they are probably unaware of secret meetings the King has been having with a mysterious UK outfit called SellBridge who it appears operate out of London and Tanzania.

Sellbridge finance infrastructure  have had various projects including an airport outlined with the kingdom since 2017.

Although cannabis is not listed in the official documentation (see below) our Eswatini source indicates that cannabis is also part of Sellbridge’s conversations with the king. 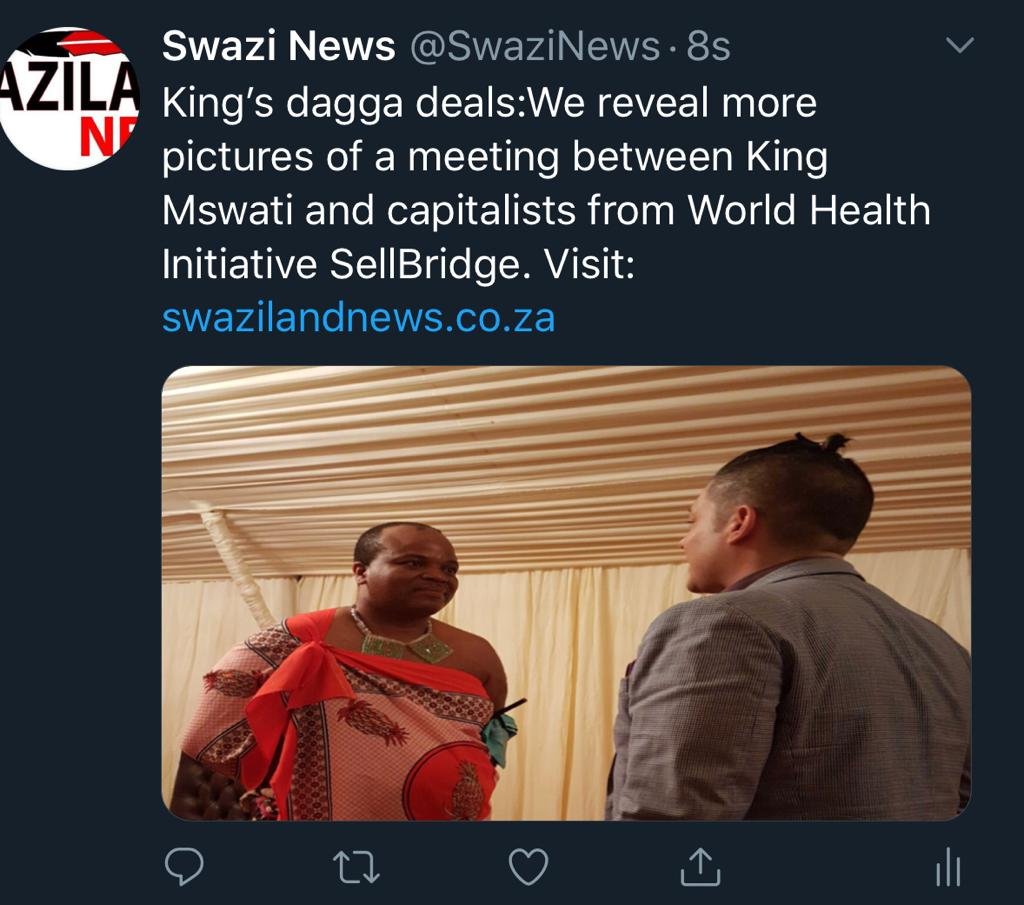 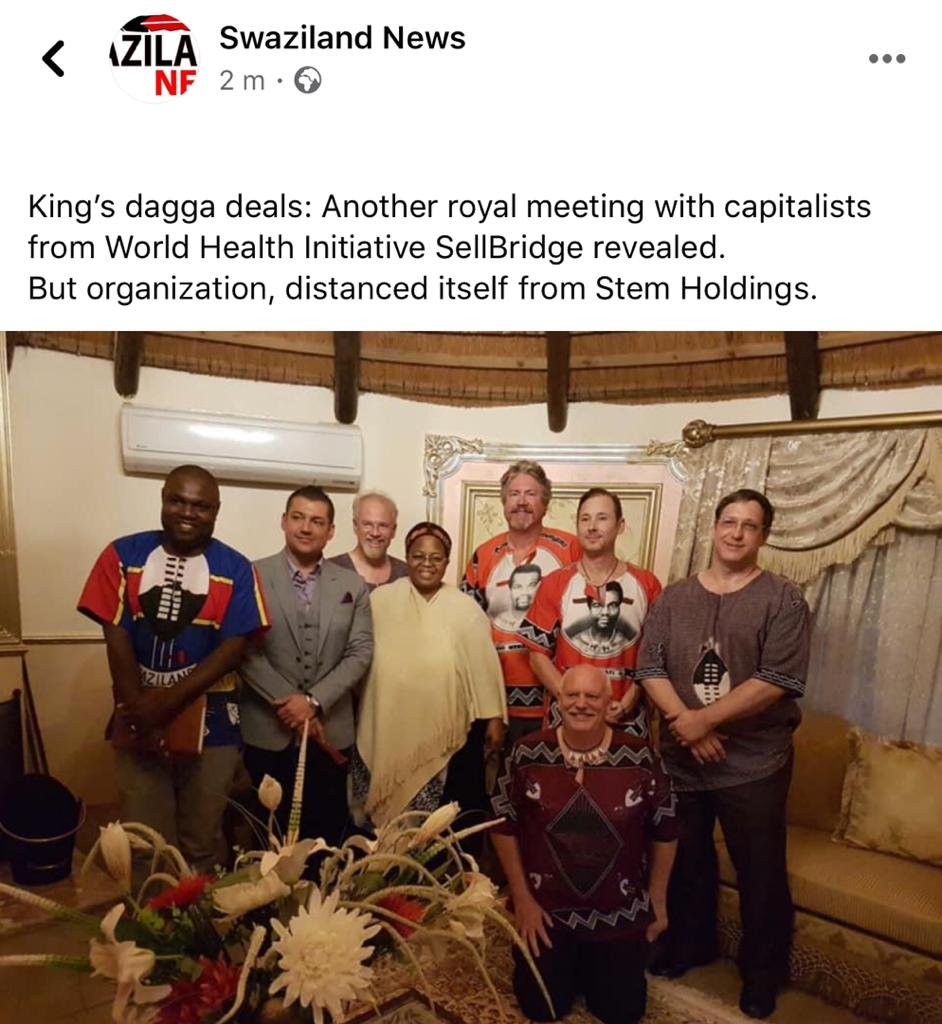 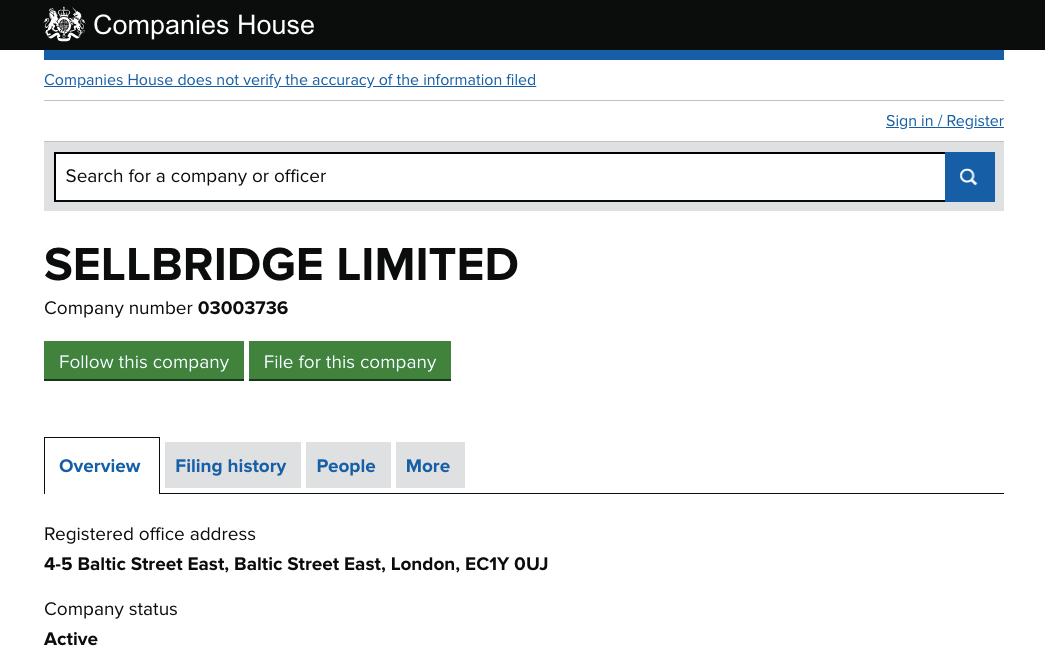 64303 Activities of venture and development capital companies – Acting as consultants on financial matters in corporate and venture capital activities.

POTS Consulting is working in Partnership with many companies in African Initiatives,
Sellbridge UK
Sellbridge International

POTS consulting / Sellbridge and World Help Initiative are proposing some exciting Projects in Eswatini, in order to help His Majesty King Mswati III achieve his visionary 2022 Eswatini dream.
The finance for the Airport project will been raised through POTS Consulting and Sellbridge.
The financing for the Power stations is through Sellbridge UK and Sellbridge International.
A Joint venture company called ‘World Help Initiative (Eswatini), has been formed in Eswatini for the execution of the various projects.
(Details of the Airport project are listed below).
$10bn Finance Allocation has been committed to the Airport & Smart City projects and $1bn is committed for the power stations.

During October 2017 the project team undertook a series of meetings with their Majesties together with the relevent Government Ministries within Eswatini, to discuss the forthcoming projects and to get down to some serious planning. These are from top left to bottom right
Meeting His Majesty King Mswati III
Meeting Her Majesty the Queen Mother
Meeting with Swaziland Investment Promotion Authority (SIPA)Eswatini (who greatly assisted us with all the paperwork). Meeting with His Royal Highness Prince Hlangsempi, The Honourable Minister for Economic Planning.
Meeting with various Government Ministries
Meeting with Solomon Dube Director Eswatini Civil Aviation Authority
Private meeting with His Majesty King Mswati III
Mrs Hart-Jones (Sellbridge) Meeting with the Queen Mother

DAGGA WAR: WHEN A KING IS A BUSINESSMAN, PEOPLE CRY ! 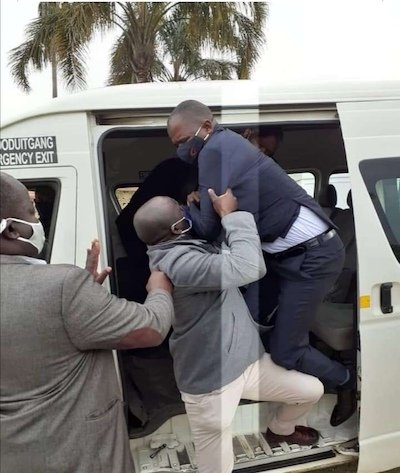