This is what happens when you give ayahuasca to  the former head of the country’s secret police !

The Guardian has this amazing report on ex an UK military officer who, it looks like, has turned on too many important people to be ignored by those currently in power.

A former British army officer is facing up to 13 years’ imprisonment in Romania for facilitating an ayahuasca ceremony in which the hallucinogenic Amazonian healing medicine was consumed by prominent figures, including the former head of the country’s secret police.

Thomas Lishman, 58, was arrested on 15 December last year as police and special forces raided a retreat centre outside Bucharest at dawn. It followed an evening where attendees sat in a circle meditating and drinking ayahuasca, a brew which is said to lead to mystical life-changing experiences. Some were later taken to hospital to provide blood samples.

The ex-serviceman, who trained to learn the ways of shamanic traditions after serving in the military and territorial army for 10 years, led the ceremony in Dâmbovița county.

He was charged with conspiracy to traffic “high-risk” dimethyltryptamine (DMT) into the country, as ayahuasca contains the naturally occurring psychedelic – an internationally controlled drug. He was remanded in custody for three months before being released but confined to a small area of Bucharest.

Lishman’s defence argues that he thought ayahuasca was effectively legal in Romania, after he received local legal advice, since it is an ethnobotanical plant medicine brewed as a tea from roots and shrubs rather than a synthesised drug considered equivalent in law to cocaine, as prosecutors have suggested. Ayahuasca is not synthetic DMT, his legal team maintain.

Two friends of Lishman, as well as his son on a separate occasion, have visited him in Romania and were allegedly subject to police intimidation, fitted with microphones to ensure private conversations could not take place and had their phones confiscated, his supporters have claimed. The British embassy has been involved, providing consular assistance and helping facilitate the visits.

It is further alleged that Lishman has repeatedly not been provided with adequate interpreters in conversations with police and during criminal hearings. He was purportedly unable to view the official file detailing the full charges against him in English, contrary to EU and Romanian law, for two months.

A Foreign Office spokesperson said: “We supported a British man following his arrest in Romania and were in contact with the Romanian authorities. We stand ready to offer further assistance should he require it.”

The case has featured on television news channels in Romania, and there are fears it has become politicised. Local media have claimed, without evidence, that Lishman is a British secret service agent.

His co-defendant, Gelu Oltean, the former head of the secret police service who was ousted in 2014 amid corruption allegations, faces the same charge after allegedly participating in the ceremony.

Oltean has told local media that his use of ayahuasca led to his “rebirth” – he stopped smoking and drinking alcohol, turned vegetarian and is no longer suffering from hypertension – and said that he was prepared to take the case to the European Court of Human Rights. “I was running away from my life, and today I hug and love her,” he said.

Vanessa Youness, a public figure who runs a wellness clinic near the capital and does not go by her real name, also faces the charge, after allegedly organising and participating in the ceremony.

Ayahuasca ceremonies are effectively legal in some European and South American countries, where they have been used for thousands of years as part of indigenous culture, and there is growing evidence of its positive effect on mental health and PTSD.

However, there have been some deaths in association with ceremonies in recent years, which have led to criticism of the powerful plant medicine also known as “the spirit molecule”, while some unscrupulous shamans have reportedly taken advantage of people while they were vulnerable. It is illegal in the UK.

A pro-ayahuasca conference in Bucharest called Sumiruna Awakenings took place over several days in June 2016, including speakers Dennis McKenna, a US expert in ethnobotanicals, and the British author Graham Hancock.

Lishman is also being supported by the Ayahuasca Defence Fund, an advocacy group that helps provide legal support to people facing charges in association with plant medicines around the world amid growing criminalisation.

Prosecutions are extremely rare, with no known custodial sentences in recent years, despite the increasing globalisation of ayahuasca.

Natalia Rebollo, a lawyer from the organisation, said: “When what has been ancestrally considered a sacred plant for millennia falls into rigid legal systems, judges often arbitrarily declare this medicine as a dangerous drug without properly taking into account scientific evidence.

The next pre-trial hearing takes place on Tuesday. The Romanian prosecutors office, Diicot Brasov, did not respond to requests for comment. It said in December: “Diicot Brasov prosecutors detained three persons in a high-risk drug trafficking case. They were organising meetings in a house in Dâmbovița county for the consumption of DMT.” 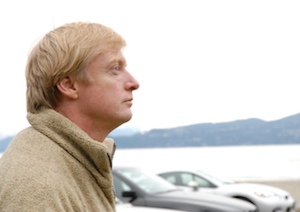