City AM London reports…….Hellenic Dynamics, a medical cannabis cultivation business, plans to list on the London Stock Exchange next month, in a move likely to give the budding business a valuation of £50m.

The group will list on the main market of the London Stock Exchange via reverse takeover into a shell company.

“What we were looking for was a way of listing successfully, but also having enough oomph in our listing to accelerate our plans,” Hellenic Dynamics vice president and CEO Davinder Rai told City A.M.

Formed in early 2019, the company focuses on growing, exporting and selling THC-dominant dried cannabis flowers to markets like Germany, where there is demand for the products and the flowers can be legally imported.

“As soon as Kanabo listed in London we were getting phone calls from our lawyers saying, ‘look, London is open, London is going to be the place that a number of cannabis companies will end up listing, and you’d be in very good company if you listed in London,” Rai said.

“I’m hopeful we become the first European cultivator to get onto that exchange.”

Hellenic’s incoming chairman is Sir Anthony Joliffe, who Rai said has significant listed company experience, as well as being the former Lord Mayor of London.

In September, the Financial Conduct Authority allowed medicinal cannabis companies to list on the LSE, opening up the UK market to a growing sector already popular in North America.

The regulator’s green light led to a flurry of activity, with companies like Kanabo Group and MGC Pharmaceuticals enjoying profitable market opens.

Hellenic Dynamics could be the next in line to take advantage of London’s new regulatory framework. 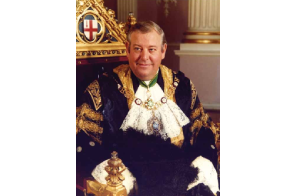