In light of all this, patent infringement disputes based on Cannabis patents are inevitable. Indeed, at least one Cannabis patent infringement action has been filed. (United Cannabis Corp. v. Pure Hemp Collective, Inc., Case No. 18-cv-01922(WJM-NYW) D. Colo.) Unfortunately, under a long line of authorities going back to The Highwayman’s Case in 1725, the illegality of the use, possession, and distribution of these products probably creates an insurmountable barrier to the enforcement of most patents that claim Cannabis products or their use.

The US PTO has a longstanding policy of issuing patents claiming inventions that may be illegal under the Food Drug and Cosmetics Act (In Re: Brana, 51 F.3d 1560 (Fed Cir 1995)), the Federal Insecticide, Fungicide, and Rodenticide Act, or which may result in acts of unfair competition (Juicy Whip, Inc. v. Orange Bang, Inc., 185 F.3d 1364, 1366-67 (Fed Cir 1999)). The PTO and the U.S. Court of Appeals for the Federal Circuit take the position that the PTO should defer to the regulatory and law enforcement agencies charged with responsibility in these areas to decide whether the products or uses claimed by these patents are illegal and to enforce the laws that are within their particular responsibilities. Thus, it is unsurprising that the PTO has issued patents on Cannabis products.

The PTO’s willingness to grant Cannabis patents is unlikely to be matched by a willingness of the Federal Courts to enforce Cannabis patents. Federal courts will not resolve disputes concerning the fruits of illegal activity, nor will they enforce rights or agreements in furtherance of a crime. As long ago as 1886 in Higgins et al. v. McCrea, 116 U.S. 671 the Supreme Court held that a court will not aid a party who founds his action on acts which are “illegal, criminal, and void … [in] a court whose duty it is to give effect to the law which the party admits he intended to violate.” The Higgins decision relied on earlier English decisions, including The Highwayman’s Case, where two highwaymen committed a series of robberies and one sued the other, claiming that he had been cheated out of his share of the proceeds. The Court refused to consider the suit, turned the highwaymen over to the sheriff, and fined their lawyers for bringing a suit “both scandalous and impertinent.” Higgins also relied upon Holman v. Johnson (1775) 1 Cowp. 341, where Lord Mansfield wrote that “If, from the plaintiff’s own stating or otherwise, the cause of action appears to arise ex turpi causa, or the transgression of a positive law of this country, there the court says that he has no right to be assisted. It is upon that ground the court goes; not for the sake of the defendant, but because they will not lend their aid to such a plaintiff.”

This refusal to adjudicate disputes founded in illegality remains a robust feature of American jurisprudence. In 1961 U.S. v. Mississippi Valley Generating Co., 364 U.S. 520, (1961) the Supreme Court held that a contract made in violation of a criminal conflict of interest statute would not be enforced. In 1966, the Supreme Court held in U.S. v. Acme Process Equipment Co., 385 U.S. 138 (1966) reh. den. 385 U.S. 1032 that a contract made in violation of the criminal provisions of the Anti-Kickback Act would not be enforced. In 2001 in Formby-Denson v. Dept. of the Army, 247 F.3d 1366 (Fed. Cir 2001) the Federal Circuit (which has exclusive appellate jurisdiction over patent cases) refused to enforce a settlement agreement that would have required the parties to conceal criminal acts from law enforcement, which would itself be a crime (i.e. misprision of a felony).

In Gonzales v. Raich, 545 U.S. 1 (2005) the U.S. Supreme Court held that distribution and sale of Cannabis products remain crimes under Federal law, even in states that have repealed their own Cannabis laws or established Cannabis regulatory regimes. The plaintiff in a patent infringement action will be asking a Federal court to enforce the plaintiff’s exclusive right to commit certain crimes by protecting his criminal enterprise from competition by another criminal enterprise. The inconsistency of this position will not be lost on a Federal judge who is also personally responsible for trying and sentencing defendants for distributing Cannabis products in violation of the Controlled Substances Act – perhaps the very parties who were involved in the patent infringement action. The conflict that would result from simultaneously enforcing the Controlled Substances Act and Cannabis patents will be made worse by the Federal Civil Forfeiture Act. The proceeds of a criminal enterprise that violates the Controlled Substances Act are forfeited to the U.S. government. Thus, not only would both the patent owner’s and the patent infringer’s profits be subject to forfeiture, but so also would any damages award that the patent owner might obtain – a plainly absurd, but probably unavoidable result. Rather than allow any of this to happen, the Federal Courts will likely treat Cannabis patent infringement actions as they would any other cause of action founded on criminal conduct and dismiss the case. The Federal Courts will likely remain closed to Cannabis patent infringement actions until the status of these products under the Controlled Substances Act is changed.

The unenforceability of Cannabis patents may come as a surprise to those in the Cannabis industry who have invested in portfolios of Cannabis patents. In truth, it should have been entirely expected. Federal Bankruptcy Courts have already closed their doors to bankrupt Cannabis businesses. (See, the 10th Circuit’s decision in In Re: Arenas.) The Bankruptcy Court will not have a bankruptcy trustee liquidate or reorganize a Cannabis business as this would require the trustee to violate the Controlled Substances Act. (The 9th Circuit has decided to allow individuals to go through personal bankruptcy, even if their employer is a Cannabis business. (See, Garvin v. Cook))

It is likely that the illegality of Cannabis products under the Controlled Substances Act will result in the closure of the Federal Courts to a variety of commercial disputes, not just patent infringement actions, and many will have to be resolved in state courts where state laws allow for such businesses. However, the inability to enforce U.S. patents in Federal Courts makes it impossible for patents to serve their traditional functions of incentivizing innovation and investment, at least for now.

For a detailed examination of this subject, see the author’s recent article

The New Highwayman: Enforcement of U.S. Patents on Cannabis Products

Abstract
Under a long line of authorities going back to The Highwayman’s Case in 1725, the illegality of the use, possession, and distribution of these products probably creates an insurmountable barrier to the enforcement of most patents that claim Cannabis products or their use. This means that, with respect to the Cannabis industry, the U.S. patent system is unlikely to play its customary roles of incentivizing innovation and encouraging investment. 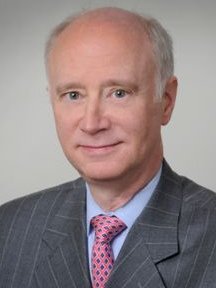