Cannabis retailer Lily Bosshart told council members before they voted that her business would provide tourists and other visitors a legal place to consume marijuana.

The council postponed a decision on Bosshart’s application last month. But in Monday’s meeting, all six council members voted to support Bosshart’s application for a state-issued marijuana onsite-consumption endorsement license – or, more specifically, they voted to not oppose it. Their vote is contingent on her obtaining a certificate of occupancy from the city Building Department. That’s a routine requirement that Bosshart shouldn’t have a problem with. But she faces a much bigger challenge – winning an appeal of the state Marijuana Control Board’s denial of her application last month.

“We obviously don’t agree,” Bosshart said. “We wish there were five members on the board. We got a split decision, and the split decision goes negative, unfortunately.”

The four marijuana board members who heard her case split 2-to-2 over granting her onsite-consumption license. And according to the board’s rules, the license was not granted. Bosshart says only four of the board’s five seats have been occupied since January, when Gov. Mike Dunleavy removed member Brandon Emmett of Fairbanks. The position remained unfilled after Dunleavy’s replacement, former Fairbanks Council member Vivian Stiver, turned down the appointment over opposition based on her history of opposing marijuana.

The two marijuana board members who voted against Bosshart’s application said the building she proposed to use didn’t qualify as a freestanding structure, as outlined in state regulations. Bosshart told the City Council that it is a free-standing building that her business would share with a company that leased the ground floor to her, along with a parking lot, where her outside consumption area would be located.

She says two board members apparently based their negative votes on the fact that the building would be shared between the two businesses.

“There is no shared air between the upstairs and downstairs,” Bosshart said. “There’s no shared HVAC unit, and we’re not proposing any sort of on-site consumption indoors.” 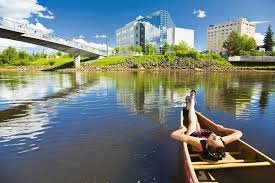