Father fatally shoots his daughter’s boyfriend for smoking cannabis with her at a party, police say

A Pennsylvania father fatally shot his daughter’s boyfriend after finding out he smoked marijuana with her at a party, police say.

Michael D’Biagio, 41, was charged Friday with homicide and aggravated assault in connection to the death of 17-year-old Darren Jevcak.

Jevcak was shot outside Scustie’s Super Pizza, a pizzeria in New Castle, Pennsylvania.

D’Biagio told police that he shot Jevcak in the head “to put him out of his misery” when the teen fell after being shot about five or six times, New Castle police chief Robert A. Salem told USA TODAY.

“It’s a disturbing case, with a senseless act of violence,” Salem said to USA TODAY. “Some people are trying to defend the guy, but there’s no reason to shoot a 17-year-old boy.”

Authorities say D’Biagio shot Jevcak while his wife and daughter were shopping at a local mall, NBC News reported.

Salem told USA TODAY that a prevailing narrative in the case that Jevcak sold drugs to D’Biagio’s daughter is false.

“The victim was the shooter’s daughter’s boyfriend and the father found out that his daughter and her boyfriend smoked weed together at a party,” he told USA TODAY. 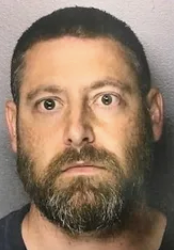