Today, two Republican Congressmen introduced the “Common Sense Cannabis Reform for Veterans, Small Businesses, and Medical Professionals Act.” Representatives David Joyce (R-OH) Ohio and Don Young (R-AK) are the sponsors of the Act. Joyce and Young are also the current co-chairs of the bipartisan Congressional Cannabis Caucus. This Caucus was launched in 2017 by well-known cannabis advocates, former Rep. Dana Rohrabacher, (R-CA) Earl Blumenauer (D-OR), former Colorado Rep. and current Colorado Governor, Jared Polis, and the aforementioned Rep. Young. The Act would remove cannabis from the Controlled Substances Act, provide detailed banking protections for the cannabis industry, allow military veterans access to state-legal cannabis programs, and expand the ability for cannabis research. Within one year of enactment, the Food and Drug Administration and the Alcohol and Tobacco Tax and Trade Bureau of the Department of the Treasury would be required to introduce federal cannabis regulations.

Industry leaders view the Bill as a promising development in the progress of much needed federal reform efforts. Despite the encouraging progress in state legalization measures (NY, VA, and NM have legalized recreational cannabis in 2021), cannabis remains federally illegal under the Controlled Substances Act because it is a Schedule I drug, alongside heroin, LSD, ecstasy, methaqualone, and peyote. According to the CSA, cannabis has “no currently accepted medical use and a high potential for abuse.” This state / federal legalization conflict has long been a thorn in the side of the legal cannabis community, causing headaches for businesses operating in compliance with state law by creating roadblocks for banking, prohibiting interstate commerce (even between two legal cannabis states that share a border), limiting tax deductions, and preventing research by universities and private labs who receive federal money.

Unfortunately, the new measure does not include social justice provisions to address the harms and inequities caused by cannabis prohibition and the so-called “war on drugs.” This will surely be an avenue for criticism of the measure, even by pro-cannabis legislators. Back in December, the House passed the Marijuana Opportunity, Reinvestment, and Expungement Act (228 to 164), which contained social justice provisions. A small number of Republicans (not including Rep. Joyce) voted in support of the MORE Act. After the new Congress was seated in January of 2021, the House made progress in April by passing the Secure and Fair Enforcement Banking Act of 2021 (321-101). The SAFE Banking Act had clear bipartisan support; 106 Republicans (about 50% of the caucus) voted with 215 Democrats in favor. Sen. Majority Leader Chuck Schumer (NY), Sen. Cory Booker (D-NY), Ron Wyden (D-OR) have also been working on what is rumored to be a more comprehensive cannabis reform bill. Sen. Schumer pledged to take on federal cannabis legalization over three months ago.

All of these efforts indicate that federal cannabis reform is certainly building momentum with the current Congress. Ultimately, what will make the passage of reform difficult is that 60 votes in the Senate will likely be required for passage of any law. Although there is growing bipartisan support for reform, this remains an uphill battle for pro-cannabis legislators. Nevertheless, businesses waiting for the federal status of cannabis to change before entering the market should closely monitor the progress of federal cannabis reform. Those businesses should also speak with trusted counsel about how to prepare for the eventual passage of reform and de-scheduling of cannabis. 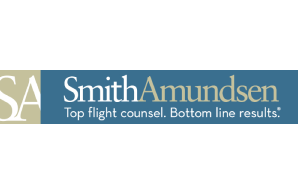