The 14-member board is now fully staffed and ready to oversee the state’s forthcoming medical cannabis program.

The Alabama Medical Cannabis Commission received its final appointments this week, and the 14-member board is now fully staffed and ready to oversee the state’s forthcoming medical cannabis program.

State Health Officer Dr. Scott Harris has appointed Dr. Jerzy P. Szaflarski, professor and director of the UAB Epilepsy Center in the Department of Neurology, according to an AL.com report. Szaflarski was also a member of a study panel that recommended medical cannabis legalization in 2019, the news outlet reported, and was a lead investigator in a UAB study on using CBD oil to treat seizure disorders.

In addition, Alabama Law Enforcement Agency (ALEA) Secretary Hal Taylor has appointed Dion Robinson, an ALEA special agent senior, to the board. Robinson has worked in the State Bureau of Investigation (SBI) since 2018, and also works with the U.S. Marshals’ Gulf Coast Regional Fugitive Task Force as an SBI special agent.

The Alabama Legislature passed a medical cannabis bill in May, which Ivey signed into law May 17.

The law created the Alabama Medical Cannabis Commission to license cultivators, processors, transporters, testing labs and dispensaries, as well as to oversee the program. Once the program is up and running, doctors will be able to recommend medical cannabis to patients for the treatment of autism; cancer-related weight loss or chronic pain; Crohn’s; depression; epilepsy or other conditions causing seizures; HIV/AIDS-related nausea or weight loss; panic disorder; Parkinson’s; persistent nausea that is not related to pregnancy; PTSD; sickle-cell; spasticity associated with ALS, multiple sclerosis and spinal cord injuries; terminal illnesses; Tourette’s; and chronic pain where conventional therapies or opiates should not be used or are ineffective. 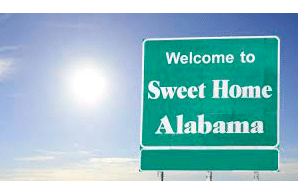