FinCEN (Financial Crimes Enforcement Network, a division of the U.S. Department of Treasury) just released its latest report on cannabis banking information. The takeaway? Although the banking situation for legal cannabis businesses hasn’t necessarily gotten worse, things are still not looking great for the financial health of the cannabis industry.

The Problem with Cannabis Banking

The federal government’s failure to legalize (or regulate) cannabis, including its Schedule 1 classification, has created a “gray” area for corporations and their investors, making it difficult for cannabis companies to conduct routine business activities. Banks, creditors and lenders are not willing to work with cannabis companies, or when they do, they get less money at higher interest rates than they would from other businesses.

Cannabis businesses are often forced to operate on a cash-only basis because banks and other financial institutions are afraid of running afoul of federal laws that make their transactions appear suspicious. This has created a huge problem for the industry: when you’re operating in a cash-only market and have no access to lines of credit, it can be difficult to pay employees, purchase inventory and supplies, or even pay taxes.

The House-passed Secure and Fair Enforcement (SAFE) Banking Act is enacted is expected to encourage more institutions to work with cannabis businesses, but that seems to be pushed further and further on the backburner by the federal government, unfortunately.

Financial institutions across the U.S. filed more than 7,000 reports related to marijuana-related business clients in the third quarter of the 2022 fiscal year, according to new data released by FinCEN on Monday.

The agency began tracking these reports in 2014 as part of a larger effort to better understand how marijuana businesses are interacting with the financial system and whether they are being served adequately by banks and credit unions that may be skittish about working with them.

Though the numbers of financial institutions working with cannabis businesses are down slightly from the first quarter of the fiscal year, they’re much higher than when FinCEN started collecting the data in 2014 and are generally consistent with predictions since 2019.

FinCEN has reported that these numbers do not reflect the number of institutions working with cannabis clients but each institution’s interpretation of SARs requirements. The fact that each institution can decide what needs to be reported is a bit concerning, indicating that there isn’t a consensus on what is considered suspicious or what should be said amongst banking institutions across the country. 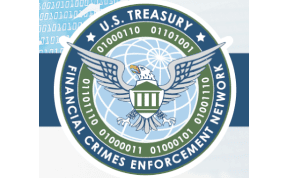