Finland: Man admits to professional cannabis operation, but dies before charges are filed

Finnish police suspect a man grew and sold cannabis on a professional basis for years, earning some 300,000 euros.

Western Uusimaa police said on Thursday that they are investigating a case in which an Espoo man allegedly grew cannabis crops worth up to 300,000 euros on a detached house property. According to police, the man’s cannabis plants produced 35-70 kilograms of marijuana.

Police suspect that the man, born in 1985, financed his lifestyle with proceeds from drug sales. He is believed to have been engaged in professional cannabis cultivation between 2015 and 2020.

The man admitted to most of the suspected crimes during the pre-trial investigation.

Police confiscated much of the proceeds of crime and property bought with it. Besides cash, this included a car, a boat and consumer electronics.

The man died during the pre-trial investigation, so his alleged crimes will not be tried in court.

However, police suspect that several others contributed to and/or benefited from the criminal activity. Among other possible charges, they are suspected of being complicit in or advancing aggravated drug offenses.

In a statement on Thursday, police pointed out that involvement in a crime, for example allowing parts of one’s own home to be used for cannabis cultivation, can lead to serious criminal charges. The proceeds of crime may also be forfeited to the state.

The trial will begin in the late spring or early summer of 2022 at Western Uusimaa District Court in Espoo, just west of Helsinki. 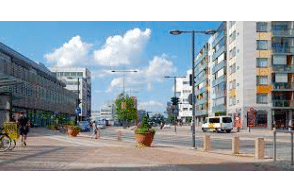