Legalization of personal use of cannabis comes months ahead of a legal industry in the state for production and sales of recreational cannabis and other products containing THC, the plant’s psychoactive component. It also will remain illegal to purchase products in neighboring states Colorado and Arizona, where recreational sales are legal, and carry them across the border.

The gap between illicit sales and legal use is one of many unresolved issues in the state’s still-developing recreational cannabis industry.

Some advocates of cannabis legalization say many people who are eager for legal marijuana will turn to black markets in the meantime.

“We know that people are currently obtaining and using illegal cannabis, and that will continue for 10 months,” said Emily Kaltenbach, a state director of the national Drug Policy Alliance, an organization that helped draft the recreational cannabis legislation.

Other advocates, as well as Linda Trujillo, superintendent of the state Regulation and Licensing Department, which will oversee the new cannabis industry, say they don’t necessarily expect to see an uptick in black market deals.

Gonzales recommends cannabis seekers who aren’t growing their own wait until licensed stores open. He said the black market is a “scary” place for him, where there is no way to know where a product came from or what’s in it.

“If we are opening up through a legal market, why not use the law to protect what you are doing, to keep yourself safe — keep your products tested, keep it mold free, pathogen free?” he asked. “As far as health and legal issues, it’s enough for me to stay out of the black market.”

On Tuesday, as legalization for personal use takes effect, the Regulation and Licensing Department’s Cannabis Control Division will hold a virtual forum to gather public input on the first set of proposed state guidelines for those who want to get into the production industry.

There are challenges to overcome before applying for a license later this year: raising capital, navigating required water rights, finding a facility and developing security provisions.

The state has not yet released a set of proposed rules for retailers. It expects to start issuing licenses to sell cannabis next year — no later than April 1.

One nagging question is how the new law will help create equity, as lawmakers who backed it said it was intended to do.

Legalizing adult use of recreational cannabis has long been promoted by advocates as a way to diversify New Mexico’s economy, create jobs, encourage homegrown entrepreneurship and decriminalize an act many say has led to people of color being unfairly targeted. But the law has been criticized as having too many missing pieces to effectively accomplish those goals.

“It definitely feels like we’re building the ship as we sail,” said Henry Jake Foreman, a program director at the Albuquerque-based nonprofit New Mexico Community Capital, which works to help Native American entrepreneurs in the state.

Like Gonzales, he’s eager to start growing his own marijuana at home.

“Just being able to be self-sufficient is the best avenue,” he said.

Foreman, who is Native American, said one of the big problems he sees with the new law when it comes to equity is that it offers no financial aid to Native New Mexicans, including farmers who could profit from the venture.

While working to raise funds and develop support systems to help Native farmers get started, Foreman said, his biggest concern is “we are going to see a lot of out-of-state people come into this space as well, and that’s a worry.”

That’s an issue Trujillo said gives her “sleepless nights” — the idea that small New Mexico entrepreneurs will struggle to put together enough cash to enter the cannabis business while larger, established operations from out of state take root.

She worries prospective cannabis operators will “cash out their retirement or family savings, or put their home up to get money, and they’re not going to have thought it through.”

Her department will push legislators to create a social equity fund to help New Mexicans break into the business, she added.

Read the full article at.  https://www.santafenewmexican.com/news/local_news/green-light-to-grow-first-part-of-new-mexico-s-recreational-cannabis-law-takes-effect/article_06a9b128-ceab-11eb-bb2c-930960596341.html 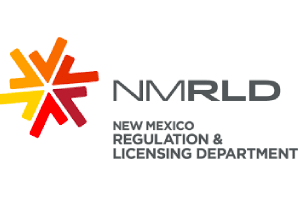