Compass Pathways (CMPS) jumped in its first day of trading on Friday, making it the first psychedelic drug company to go public on a big U.S. exchange.

Shares surged 70.6% to close at 29.00 in the stock market today, lifting the market cap to about $1 billion. The debut comes a day after Compass Pathways announced an upsized pricing for its IPO. It has backing from billionaire investor and PayPal (PYPL) cofounder Peter Thiel.

The London-based company, which is researching a therapy using the main ingredient in hallucinogenic mushrooms, said in a release late Thursday that its IPO priced at $17 a share. That was up from initial expectations for $14-$16 announced earlier in the week, putting the valuation at about $544 million.

The company has also granted the underwriters of its IPO a 30-day option to buy an additional 1,125,000 American Depositary Shares, up from 1,005,000 initially.

Compass, in a filing on Monday, said would have around 34 million shares outstanding after the offering, or 35 million if the underwriters fully exercise the option. 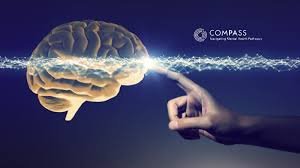